Amid the historic tensions between Russia and Ukraine and the grand geopolitical dynamics currently unfolding between Moscow and the West, the role that crude oil plays in greasing the wheels of conflict can become obscured.

But a look back at past conflicts reveals a strong correlation between soaring oil prices and Moscow’s willingness to assert its will aggressively beyond its borders.

During Russia’s two military attacks on its former Soviet neighbours – the August 2008 war in Georgia, and its February 2014 seizure of Crimea and then the Donbas region from Ukraine – oil prices were at historically elevated levels ($125 and $102.57 respectively for global benchmark Brent crude).

Currently, oil prices are on the ascent again, reaching seven-year highs on Friday with US benchmark West Texas Intermediate crude topping $91 a barrel and Brent crude soaring past $92 a barrel.

Those gains fill Moscow’s coffers and might imbue the Kremlin with a sense of immunity from the threat of further Western sanctions or economic isolation.

Bob McNally, former senior director for international energy on US President George W Bush’s National Economic Council and CEO of the energy consultancy Rapidan Energy Group, told Al Jazeera that oil forecasters have seen this pattern play out before in Georgia and Ukraine.

“In each case, war was preceded by several years of high oil prices, that no doubt played a role in emboldening Russian leaders,” said McNally, who was effectively Bush’s top energy adviser in the fraught years of 2003-2009. “Higher oil prices along with other measures Moscow has taken to protect its financial system from sanctions will help it withstand garden-variety sanctions.”

The West, which has struggled to present a united front in the latest crisis, has mulled everything from targeted sanctions on Russian oil and financial firms to cutting Moscow off from the vital Society for Worldwide Interbank Financial Telecommunication (SWIFT) financial messaging system, the circulatory system of global banking.

But those options could backfire on the West, according to Greg Priddy, an independent oil consultant and former chief energy analyst at Eurasia Group.

Hitting Russia’s oil industry directly, he noted, is impossible in an age when no country has the spare production capacity to replace it. And there are refineries among NATO’s Central European members – Slovakia, Hungary and the Czech Republic – which can only be supplied by Russian pipelines.

The SWIFT idea was quickly dropped, said Priddy, “because they realised that targeting SWIFT in a blanket way would mean, for instance, German utilities would have no way to pay for Russian natural gas, and that gets to be unthinkable”.

What history tells us

Historically, conflicts involving oil have generally involved the opposite proposition: not a petro-state menacing its oil-dependent neighbour, but rather an oil-dependent nation seeking to appropriate the resource from another.

Think the Iran-Iraq War, the invasion of Kuwait, Japan’s attack on Pearl Harbor following a US oil embargo, and even Hitler’s desperate thrust towards the oil fields of the Caucasus in World War II.

But possession of vast reserves of oil can also spur conflict, giving the more powerful party a sense of invulnerability.

This is particularly true when their potential adversaries are democracies sensitive to the public backlash of energy prices that will spike again if conflict breaks out, and whose own economies may depend directly upon their largesse for energy resources.

“It’s not so much high oil prices as Europe’s dependence on Russian gas that give Russia room for manoeuvre on the Ukraine crisis today,” said Thomas Graham, former White House adviser on Russian affairs and managing director of Kissinger Associates, a consultancy based in Washington, DC. “Russia can credibly threaten to cut off exports, confident that it can weather the downsides of a loss of revenue much more easily than Europe can weather the cutoff in heating fuel in the winter.” 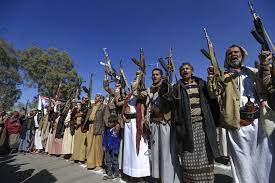