Russia has responded in kind to a barrage of new sanctions by the United States, saying it would expel 10 US diplomats and take other retaliatory moves in a tense showdown with Washington.

Russian Foreign Minister Sergey Lavrov on Friday also said Moscow will add eight US administration officials to its sanctions list and move to restrict and stop the activities of US non-government organisations from interfering in Russia’s politics.

On Thursday, the US had announced new sanctions and the expulsion of 10 Russian diplomats in retaliation for what Washington says is interference by the Kremlin in the US election, a massive cyberattack and other hostile activity.

“We will respond to this measure in a tit-for-tat manner. We will ask 10 US diplomats in Russia to leave the country,” Lavrov told reporters.

He said the Kremlin suggested that US ambassador John Sullivan follow the example of his Russian counterpart and head home for consultations.

Russia will also move to deny the US embassy the possibility of hiring personnel from Russia and third countries as support staff.

“For the US, that could affect everyone from drivers and cleaners to analysts and other individuals who may be working in US diplomatic missions in Russia. So that could potentially make life difficult for the Americans here.”

Smith also said that Lavrov threatened to go “a bit further” if the US escalates its own sanctions, by asking the US to remove the 150 Russian personnel working in the United Nations.

Others to face an entry ban were Director of the Federal Bureau of Prisons Michael Carvajal, Director of the Domestic Policy Council Susan Rice, John Bolton, the former US National Security Advisor, and ex-CIA head Robert James Woolsey.

“Now is the time for the United States to demonstrate good sense and to turn its back on a confrontational course,” the Russian foreign ministry said in a statement.

“Otherwise an array of painful decisions for the American side will be implemented.” 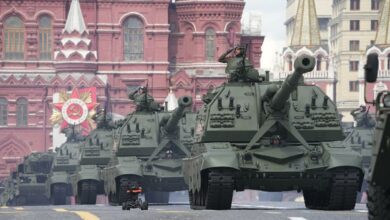