Fadel Rubbuz is a Russian-Syrian kebab chef working at a business center in Moscow. But on paper, he is the director of Tredwell Marketing, a company registered in the British Virgin Islands that handled payments in the tens of millions of dollars.

“I barely have shoes on my feet, let alone companies,” Rubbuz told investigators. A photo posted online shows him making meatballs in a chef’s uniform.

But Rubbuz’s identity may have been used part of a Russian business network that uses anonymous companies in British overseas territories and in European Union jurisdictions to finance Bashar al-Assad’s brutal regime in Syria, according to a report published this week by the non-profit campaign group Global Witness.

Companies within this Russian network are accused of helping the Syrian regime evade sanctions and procuring raw materials and equipment for chemical weapons and ballistic missiles.

“It is possible that Fadel Rubbuz had [his name] used without his knowledge or consent,” said the Global Witness report.

Moscow has supported al-Assad militarily and diplomatically in the recent war, and historically, the Soviet Union was one of Syria’s main allies. This network revolves around Russian-Syrian businessman Mudalal Khuri, who has served as the al-Assad’s financial facilitator in Moscow since the 1990s.

The Moscow business center that Rubbuz works in, Progress Plaza, is owned by companies in Khuri’s network, and Rubbuz plays football with Khuri’s nephew.

The US Treasury traces Khuri’s support of the Syrian government back to 1994, when President Hafez al-Assad was still in power. But his role as a facilitator for the sanctioned regime grew during Syria’s nine-year war.

In 2012, when Mohammed Makhlouf, who is President Bashar al-Assad’s uncle, arrived in Moscow, he turned to Khuri for help.

The Makhlouf family are among the regime’s chief financiers, and Mohammed’s son Rami is often described as Syria’s richest man. According to the Global Witness investigation, Khuri’s network helped the Makhloufs purchase up to $40 million worth of luxury apartments in Moscow.

In 2015, Khuri was sanctioned by the US Treasury for assisting the Syrian government and central bank with financial facilitation and procurement. Khuri’s two brothers and other business affiliates were designated for sanctions the following year.

Khuri then also became a minority shareholder in the second-tier Russian Tempbank, which the US Treasury accused of shoring up Syria’s currency reserves and assisting Syria’s state oil company.

The bank’s former chief executive Michael Gagloev told Global Witness investigators that Tempbank arranged up to six deliveries of millions of dollars in cash to the Central Bank of Syria by plane from Moscow between 2012 and 2016.

US sanctions on the bank led to its closure in 2017.

Among Khuri’s entities, is the Russian Financial Society, a Moscow-based institution, which was placed under US sanctions in 2019 for assisting “North Korea in evading sanctions to access the international financial systems,” according to the press release announcing the sanctions.

The Global Witness report reveals how companies and associates from Khuri’s network, acquired the Russian Financial Society in three steps in 2016, and has used it to support a new digital payment service that is fronted by Khuri’s daughter Sandra.

Despite tightening Western sanctions around the regime and its associates, Khuri’s network used financial systems in British overseas territories and EU jurisdictions to carry out its activities.

“Yet again we see anonymous companies in the EU and British Overseas Territories serving as the getaway cars for money laundering – companies, which al-Assad and others may still be hiding behind,” said Nienke Palstra, a senior campaigns officer at Global Witness.

Global Witness links Khuri’s network to a Syrian military research center that developed chemical weapons and ballistic weapons. Western government officials and the Central Bank of Cyprus suspected that Tredwell Marketing was a front for the research center.

Two Cyprus companies sanctioned by the US for facilitating the research center’s procurements, were also linked to the Khuri network. According to Global Witness, the owner and director of these two companies is an elderly man of modest means who works at Progress Plaza, and celebrated his 80th birthday with Khuri.

It is unclear whether members of Khuri’s network, which include his family and employees, are aware of these alleged activities on behalf of the al-Assad regime.

Mudalal Khuri moved to Moscow in the 1970s, and maintained close ties with former Syrian President Hafez al-Assad. In the early 1990s, Khuri began building a business network in Russia, which included banks.

At least one of his early business partners was a former Russian foreign intelligence agent, and his support of the Syrian regime during the war allowed him to build further influential connections among the old guard of Moscow’s intelligence services, according to the report.

Among his long-standing friends and business associates is Kirsan Ilyumzhinov, a former President of the Russian Federal Republic of Kalmikya, who also has stakes in the Russian Financial Institute. Ilyumzhinov once claimed to journalists that he had been abducted by aliens. 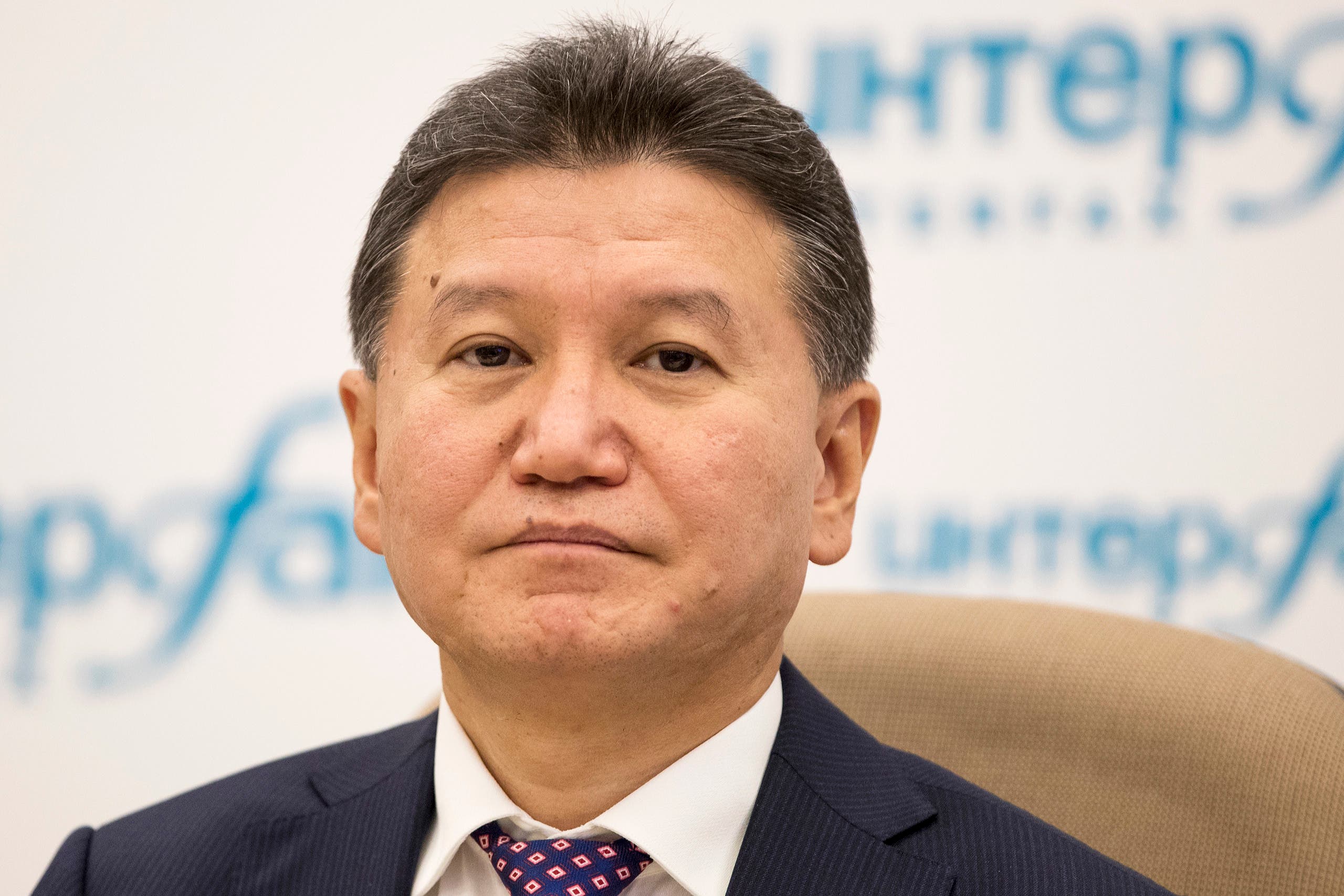 Kirsan Ilyumzhinov, as the president of the World Chess Federation, attended a news conference in Moscow, Russia, Thursday, Nov. 10, 2016. (AP)

The church has supported Russia and al-Assad’s actions in Syria on the pretext of protecting the region’s Christians. “These awards indicate that the Khuri network and its services have been given tacit recognition for their services from the Kremlin,” said the Global Witness report.

Previously, Khuri has been sanctioned for financial facilitation. But these new Global Witness allegations against him could implicate him in war crimes. They come as Syria faces bankruptcy, and the regime has ordered payments from its network of businessmen, to help save its collapsing economy. 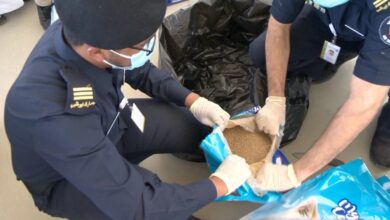