The European Court of Human Rights (ECHR) has ordered Russia to ensure that two Britons captured while fighting for Ukraine do not face the death penalty.

A court in the Russia-backed self-proclaimed Donetsk People’s Republic (DPR) in eastern Ukraine sentenced British citizens, Aiden Aslin and Shaun Pinner, to death earlier this month after accusing them of “mercenary activities” for fighting alongside Ukrainian forces.The ECHR said on Thursday that it had issued an order for interim measures, telling Russia it “should ensure that the death penalty imposed on the applicants was not carried out; ensure appropriate conditions of their detention; and provide them with any necessary medical assistance and medication”.

Russia, whose parliament passed legislation this month to remove it from the jurisdiction of Europe’s top human rights court, said it was not bound by the order to prevent the executions.

“Russia no longer complies with the prescriptions of the ECHR, that’s all there is to say,” Kremlin spokesman Dmitry Peskov said.

He said “the fate of these mercenaries” was a matter for the separatist DPR leadership.

The families of the two British men, who were deployed with the Ukrainian armed forces, deny that they were mercenaries. They were residents of Ukraine with Ukrainian partners, their families said.

‘Exploitation of prisoners of war’

The ECHR said the Britons had joined the Armed Forces of Ukraine in 2018 and had been deployed to the city of Mariupol where Ukrainian soldiers in their brigade surrendered to the Russian forces in April.

The court also noted the pair had “voluntarily laid down their arms and surrendered to the Russian forces in Mariupol”.

The ruling issued by Europe’s human rights court is an urgent interim measure, provided on an exceptional basis, when the applicants would otherwise “face a real risk of irreversible harm”, the court emphasised. 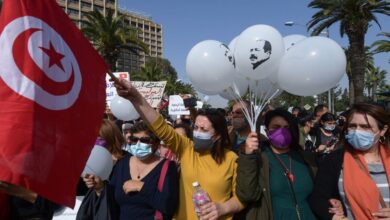