Russia’s media watchdog on Wednesday warned US-funded Radio Liberty/Radio Free Europe it had 60 days to pay more than $70,000 in fines over non-compliance with its “foreign agent” law.

The statement came after US Secretary of State Antony Blinken on Tuesday expressed support for Radio Liberty/Radio Free Europe (RFE/RL) and other US international media.

Moscow had imposed “invasive labeling requirements and fines” to “drive RFE/RL out of Russia,” said a State Department statement.

Groups or individuals identified as “foreign agents” in Russia must disclose their sources of funding and label publications with the relevant tag or face fines.

State media regulator Roskomnadzor said it had drawn up a total of 390 protocols against Radio Liberty/Radio Free Europe — ruled a foreign agent in 2017 — and its director for failing to label nine of its websites operating in Russia.

A Russian court has ordered the broadcaster to pay 71.5 million rubles ($925,000) in fines after considering 260 of those protocols.

Last month, Reporters Without Borders described the penalty as “the heaviest fines ever imposed on a media outlet in Russia”.

The media rights watchdog added: “The absurd law requiring this self-labeling violates media pluralism and is designed to silence independent and opposition media.”

Radio Liberty/Radio Free Europe appealed the fines but Moscow’s Tverskoi district court upheld the decision on a wave of fines in the amount of 5.5 million rubles ($70,895), said Roskomnadzor.

“Radio Liberty/Radio Free Europe must pay the fines within the next 60 days,” the media regular said in a statement.

Legislation allowing authorities to brand organizations with the term “foreign agent” was originally passed in 2012 to cover NGOs.

It was expanded to include media organizations in 2017 after Kremlin-funded RT (former Russia Today) was declared a foreign agent in the US.

UK’s EU ultimatum: Agree to trade deal by October 15 or ‘move on’ 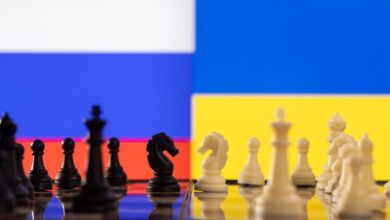 Iran frees 7 Christians from coronavirus-struck prisons, many more at risk