Russia and the US expect to meet in the coming weeks to talk about resuming inspections of atomic weapons sites under the New START treaty, a small step toward reviving arms-control talks suspended since the Russian invasion of Ukraine.

A State Department spokesperson confirmed a meeting of the Bilateral Consultative Commission is in the works but declined to say when or where they would take place, except to say they wouldn’t be held in Geneva, their usual venue. The spokesperson said the US hopes for a constructive session.

Two people in Moscow familiar with discussions around the talks, who asked not to be identified discussing private deliberations, said Cairo is the likely venue since Switzerland has joined sanctions against Russia over its invasion. Deputy Foreign Minister Sergei Ryabkov declined to comment.

Russia barred US inspectors from its nuclear weapons sites in August, citing visa and travel restrictions for Russians that it said made it impossible for them to reach the US. The two countries had suspended the on-site inspections in March 2020 because of the Covid-19 pandemic and were discussing how to restart them safely.

The BCC, which handles practical matters on how the New START deal is implemented, last met in Geneva in October 2021.

While the US has cut off most contacts with Russia over the invasion, some channels remain. In Moscow, officials have called for a resumption of broader dialogue, including on a possible successor treaty to New START. The US has said that’s not possible until the inspections resume.

White House Press Secretary Karine Jean-Pierre on Monday confirmed that the US had had high-level contacts with Russia, while declining to comment on reports that National Security Adviser Jake Sullivan recently held secret talks with aides to President Vladimir Putin in an effort to halt the slide toward nuclear escalation.

“We reserve the right to speak directly at senior levels about issues of concern to the United States,” Jean-Pierre said. “That has happened over the course of the past few months. Our conversations have focused only on risk reduction in the U.S.-Russia relationship.”

Putin and President Joe Biden’s administration extended the New START treaty for five years in 2021, giving the former Cold War rivals time for new talks on strategic security. Putin’s attack on Ukraine in February has sparked a spiral of confrontation, with the US spending billions of dollars on military and financial support for Kyiv. The US has accused Russia of dangerous nuclear saber-rattling. China warns of further spread in latest COVID-19 flare-up, to step up monitoring 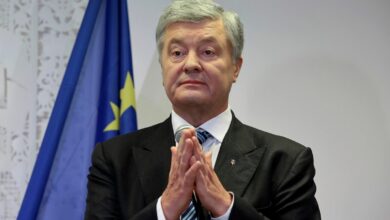