The 46-year-old actress said her “heart breaks for boys when [she sees] them being moulded into men” and she thinks that the construct of gender will “keep getting broken down” over time as “none of the rules are real – it’s all an illusion”.

Rose told Hunger magazine: “If we could get back to understanding that we’re human before we’re a gender then we could solve a lot of problems. Boys get stolen really early and put in this tight-fitting jacket – ‘here’s what you can be’ and ‘here’s what you are’.

“They do the same thing to girls, in a totally different way, but for men so much gets repressed so you can be the idea of what a man is supposed to be. How can you not help but have an inner rage?

“I still think we can all be better. We can still look at other perspectives and different points of view and try to understand ourselves.

“We should aim to be happy with ourselves instead of buying into the fear paradigm – which is only going to place us at odds with each other.”

And Rose had particularly harsh words for the “cult of American masculinity”.

She said: “American masculinity is really toxic and really dangerous. It’s dangerous to the world.

Justin Bieber to Perform at the 2020 iHeartRadio Music Awards 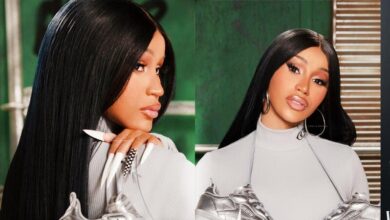 According to Cardi B, Homophobic People Are ‘Just Ugly’