Falastin, a festival in Rome dedicated to Palestinian culture, began on Thursday.

The organizers said it aims to help “make visible a people who are often invisible. We’re an ancient people with a very strong cultural richness, and an identity that no one can deny.”

The Palestinian culture festival is being held at Circolo ARCI Concetto Marchesi, a venue where years ago an olive tree was planted as a symbol of Palestine and of brotherhood and solidarity, and where a new Palestinian cultural center will soon be hosted.

The festival will continue until Sunday with a series of events on Palestinian culture, art and music.

At a press conference attended by Arab News, Rania Hammad, one of the organizers, described it as “a festival of inclusion, study and entertainment, with music, art, theater, poetry readings, cinema, dance, book presentations, roundtables, face painting, Arabic culture and language workshops, and a masterclass in traditional Palestinian cooking.”

She added: “We want to talk about Palestine as a country, as a nation, as a people that has a very strong culture and a rich cultural heritage.

“History and culture must be handed down to future generations. At the same time, we raise awareness of the human rights of Palestinians.

“We all have basic human rights that must be protected against violations. We’ll talk about all this at the event.”

The main guests of this year’s edition include Palestinian director and screenwriter Mohammed Bakri, and actresses Sara El-Debuch, Hanin Tarabay and Dalal Suleiman.

Books on Palestine by Alae Al-Saedi, Beatrice Tauro and Isabella Camera d’Affitto will also be presented.

As part of the musical program, a concert will be held on Sunday by all-female group Pulkra.

A core event of Falastin will be “Freedom between the walls,” an exhibition of the work of award-winning photojournalist Jaafar Ashtiyeh. 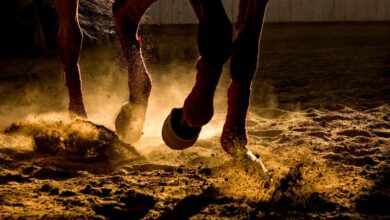 Beirut Residents Struggle to Save The Remains of Their Homes Is Ghislaine Maxwell Lying to Get a Lighter Jail Term?