Roddy Alves has revealed her new face for the first time one day after undergoing face feminisation and Adam’s Apple removal surgery in Antwerp, Belgium.

The star, 36, who came out as transgender recently, looked swollen and heavily bruised as she kept her fans updated on her recovery in photos and video following the £25k surgery.

Brave Roddy wore a white bandage around her head as she sported heavily bruised and swollen eyes and an puffy face while talking in a hotel room.

Talking exclusively to MailOnline, she said: ‘I can’t speak very well because they removed my Adam’s Apple so I have a sore throat. My eyes are very purple and swollen, I can’t see anything. I can’t see my new face. 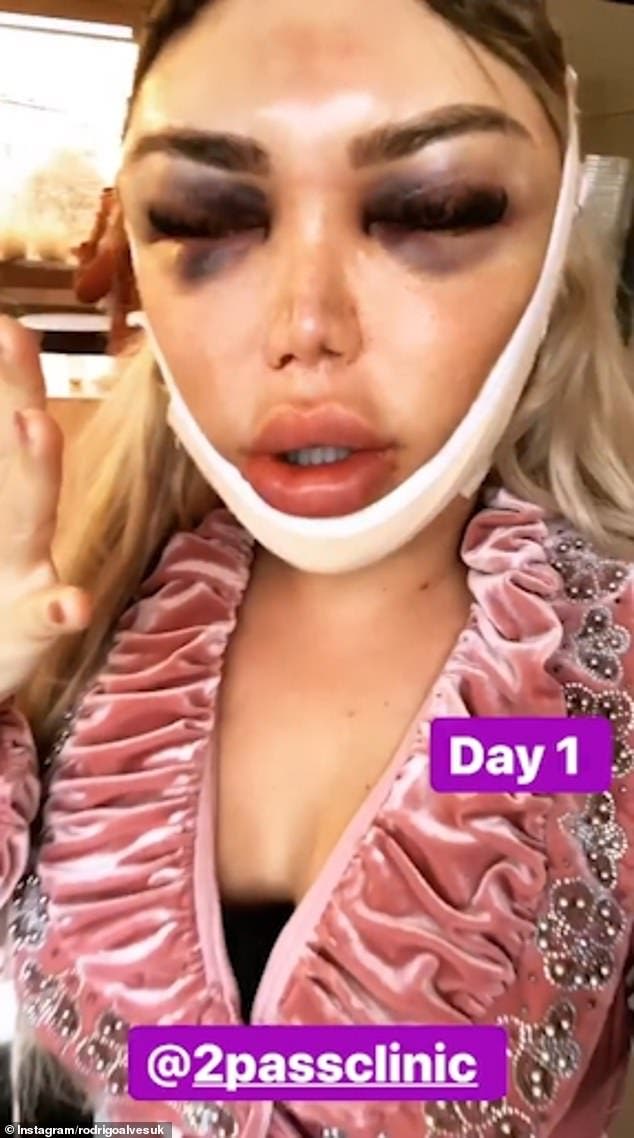 ‘If I want to see anything I have to hold my phone up in order to read.

‘My pain threshold from one to 10 is four, I look dreadful but my pain is very low. I just have discomfort.’

Discussing the surgery she said: ‘My hairline is much lower , my temples are much bigger as I have two titanium implants on my temples to make my face much more feminine. 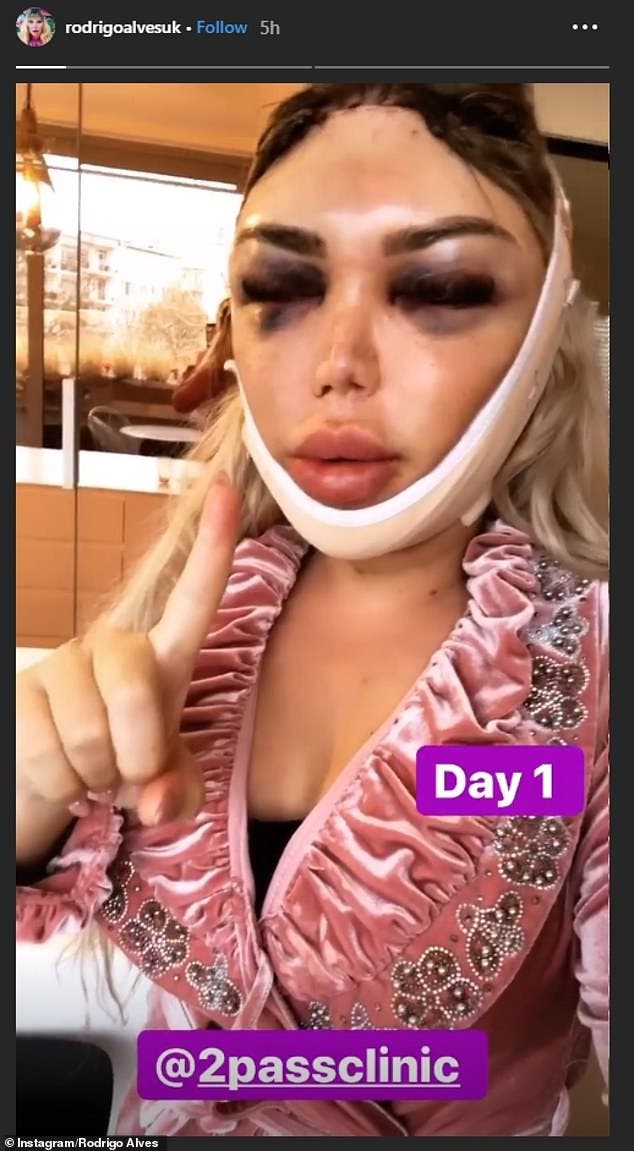 ‘Hopefully I won’t get mistaken for being a man anymore. My face will change a lot, will be smaller. This surgery has given me the diamond face that I always wanted.

Roddy exclusively told MailOnline that she had jetted to Belgium to have her jawline, forehead and the bones around her eyes shaved in a bid to feminise her face. 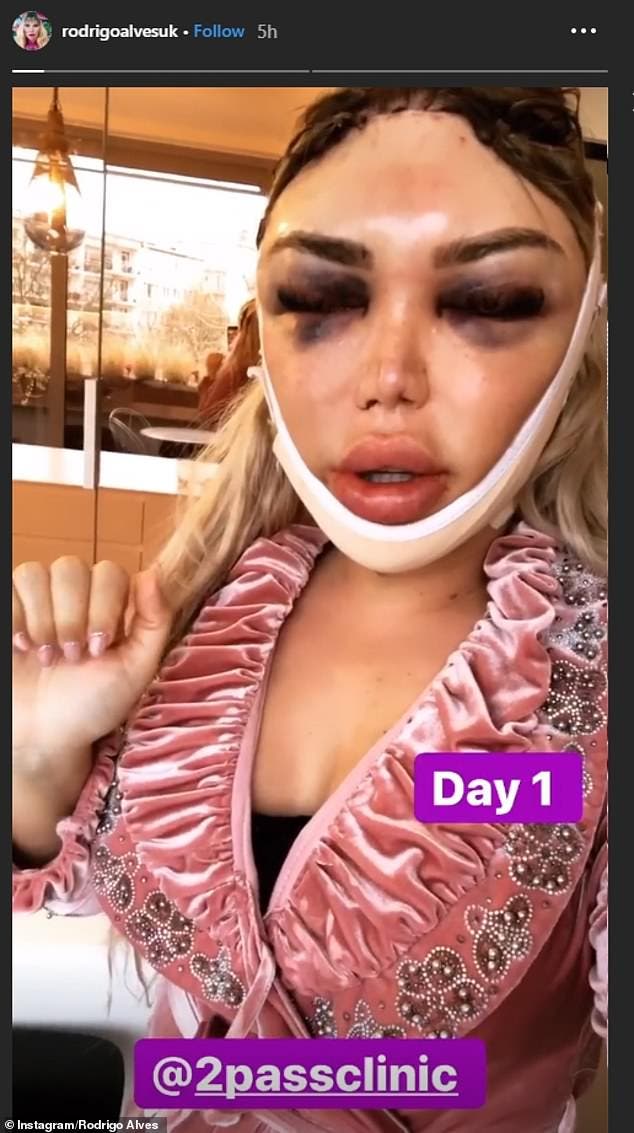 The media personality was transformed by Dr Bart Van de Ven from 2pass clinic, who specialises in Facial Feminisation Surgery, in what she said would be her ‘most painful surgery yet!’

Praising the surgeon and aftercare, she said: ‘This surgery was pretty intense, it was four hours. I couldn’t be at a better place than here. I am being very well looked after.’

Roddy looked glamorous in a crushed pink velvet dress adorned with jewels and a black top as she spoke to her fans. 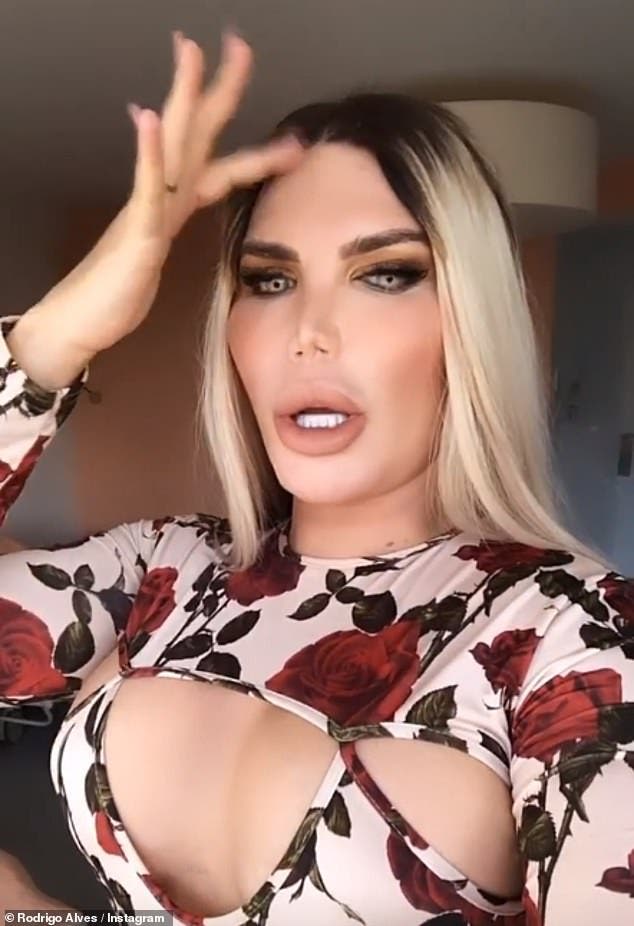 Roddy is now looking to the future and is excited about wearing bikinis on the beach in the summer and discovering her signature style as a woman.

This comes two days after Roddy discussed the surgery, saying:’Before going ahead with this surgery I did a lot of research. Dr Bart has been performing facial feminization surgeries for many years and achieves amazing results. He has performed this surgery on more than 2,000 trans women.

‘After I met him I felt really confident and he also understands my needs and my expectations really well. 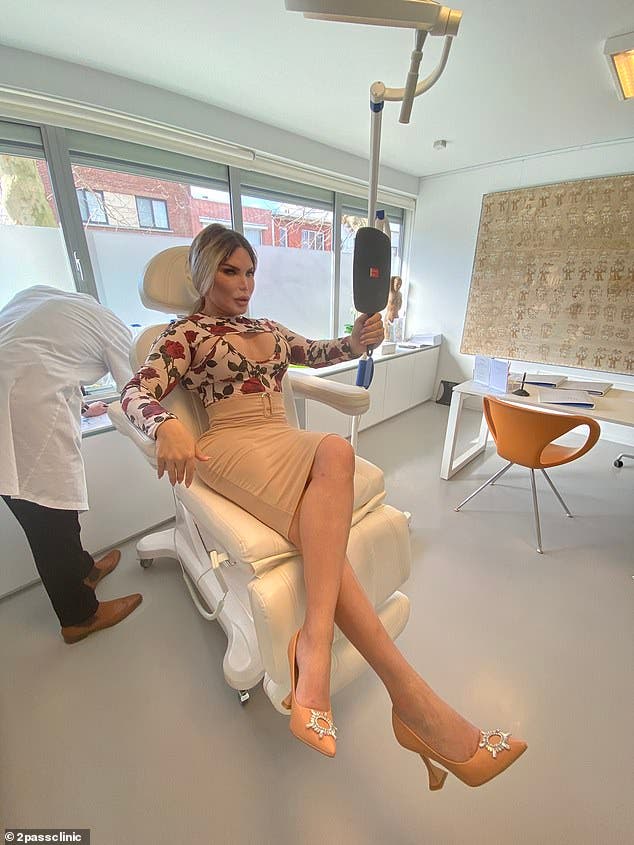 ‘Today is the last day of my life that I look at the face of a man in the mirror. And as from tomorrow I will have a female face, which will change my life forever.’

After selecting her surgeon, Rodrigo explained the procedures which she will undergo in a bid to become the woman she’s always dreamed of. 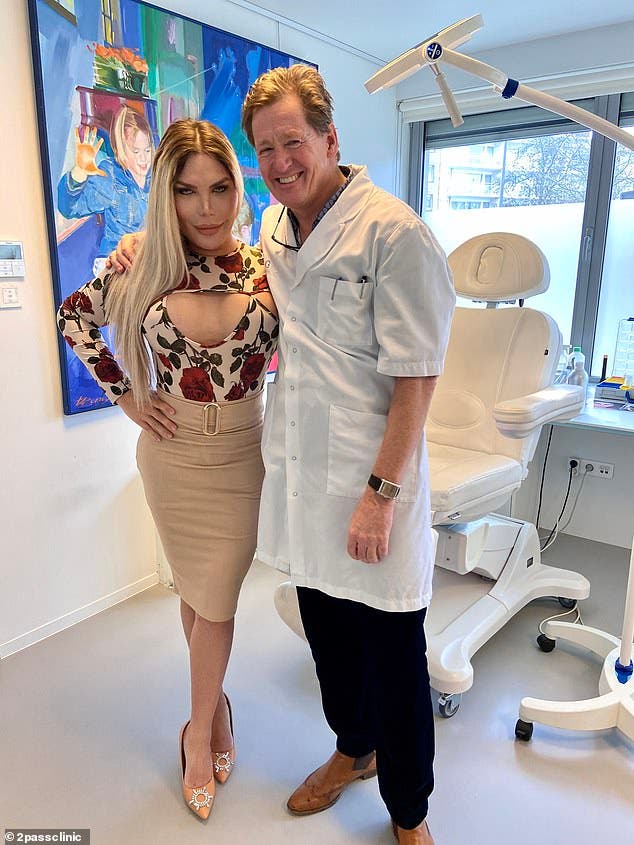 ‘He will make an incision inside my hairline and shave the forehead and the brow bone, because the protruding brow bone is a typically male feature.

‘He will then add bone cement to obtain the desired forehead shape. 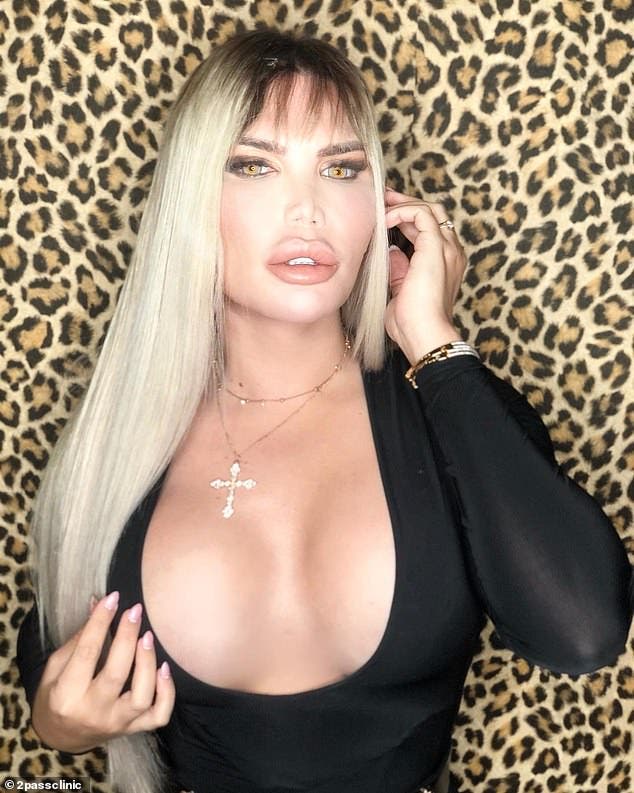 ‘The brows will be lifted and the hairline will be lowered during this process. My temples will be filled up with temporal PEEK implants, to give my face a more oval appearance.

‘He will also shave the bones around my eyes, which will make me look much more suave and feminine.

‘Then, he will make an incision inside my mouth and shave my jawline and my chin to make my face look smaller and give it a V-shape. Lastly, he will shave down my Adam’s apple. This is my most painful surgery yet!’

The surgery should take about 4 hours and afterwards her face will be very bruised and swollen for a few days.

The recovery process depends from patient to patient, but the final results can only be fully appreciated after several months up to a year after surgery.

Rodrigo explained that she will take a break from TV for three weeks following the surgery, and will return with a totally new look, and more feminine face.

She said: ‘You will most likely still be able to see some of the swelling at that point, but that will fade in time.’

The Celebrity Big Brother star went on to detail her plans following the intricate facial surgery.

Discussing adapting to live in her new body, Rodrigo gushed about her beauty regime and developing her taste in fashion.

She said: ‘It is hard work to be a woman, but I love every detail that comes with such high maintenance: hair, nails, eye lashes, eyebrows, skin, laser hair removal etc.

Fashion-wise I am still trying to figure what style I actually am and my decision making about what to wear for a night out for example takes 2 hours.

‘And sometimes I still get it wrong such as showing too much breast or too much legs. Yet it is a journey that I am loving to experience.

‘I started my transition in October 2019 taking hormones and having doctors assessments and I never felt so happy in my life!’

Paul O’Grady Fears to Had Coronavirus Despite his Good Condition