Robbie Williams is set to star in a fly-on-the-wall documentary about his life in Los Angeles.

The 46-year-old pop star has invited cameras into his lavish abode as part of a documentary about his family life, with Robbie set to open up about his battles with anxiety.

The upcoming show will see Robbie discuss his battles with anxiety, with the pop star admitting that his experience of agoraphobia – which is a type of anxiety disorder – has previously put a strain on his relationship with Ayda Field, the Daily Mirror newspaper reports.

The former Take That star – who has not yet confirmed details of when the show will air – also revealed how anxiety medication has helped him to fight the problem.

He shared: “I seem to be walking into a calmer, clearer, kinder place in middle age. The anxiety is slowing down. I’ve gone to the gym of life and being amongst people, the stronger my sociability muscles have become. I don’t think I have social anxiety anymore.”

Robbie – who has been married to Ayda since 2010 – previously admitted that after his solo career went “stratospheric”, he felt a need to withdraw from the spotlight.

The ‘Angels’ hitmaker explained: “My career had gone stratospheric and taken me to Mars, and I needed some time to get my equilibrium back and get myself back together.”

He added: “I was agoraphobic from around 2006 to 2009. Those years were just spent wearing a cashmere kaftan, eating Kettle Chips, growing a beard and staying in.” 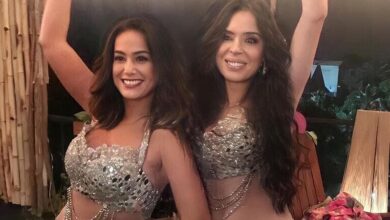 Why Did Ed Sheeran Change His Lifestyle?