When the Biden administration revoked the “terrorist” group label from Yemen’s Houthi rebels last February, it cited the potentially “devastating” effects that the designation would have on Yemeni civilians’ access to life-saving humanitarian aid.

But less than a year later, President Joe Biden has said re-designating the group is “under consideration“, a move advocates and rights groups say is not only disappointing but dangerous.

“It’s extremely disappointing that the Biden administration is considering this position when they know very well the humanitarian impact it would have,” Scott Paul, senior manager of humanitarian policy at Oxfam America, told Al Jazeera.

“A year ago, the administration heeded our warnings – and nothing has changed since then to improve the outlook for what these designations would mean.”

The United Arab Emirates openly requested that the US re-blacklist the Houthis after the rebels carried out missile and drone attacks against Abu Dhabi on January 17, killing three people.

Days later, during a news conference on January 19 to mark his presidency’s one-year mark, Biden said reinstating the designation was “under consideration” but added “it’s going to be very difficult” to end the conflict in Yemen. 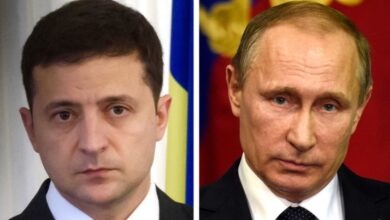 Ghana votes in tight race between incumbent and former president