A Sudanese security spokesperson confirmed to Al Arabiya on Wednesday that the circulated news about the hospitalization of ex-president Omar al-Bashir is not true.

Earlier reports said that al-Bashir has been transferred from his reform facility in the capital Khartoum to a hospital in the city of Omdurman across the Nile from the center of the capital.

Al-Bashir, who ruled the country for 30 years, was ousted from power by the armed forces and placed under house arrest in April last year following months of street protests against rule.

Last December a Sudanese court convicted al-Bashir on charges of corruption and illicit possession of foreign currency and sentenced him to two years of detention in a reform facility.

The presiding judge said al-Bashir, 75, was being sent to the reform facility, rather than a prison, on account of his age.

Al-Bashir is also wanted by the International Criminal Court, which issued arrest warrants against him in 2009 and 2010 on charges of war crimes, crimes against humanity, and genocide in Sudan’s Darfur region.

Several other judicial cases have been launched in Sudan against the former president.

In May he was charged with incitement and involvement in the killing of protesters, and in December he was summoned for questioning over his role in the 1989 military coup that brought him to power. 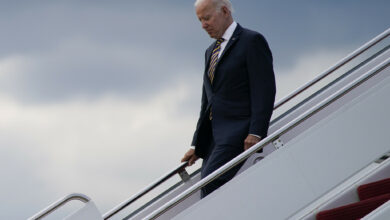