Poet Naomi Shihab Nye once said, “Mahmoud Darwish is the Essential Breath of the Palestinian people, the eloquent witness of exile and belonging, exquisitely tuned singer of images that invoke, link, and shine a brilliant light into the world’s whole heart. What he speaks has been embraced by readers around the world—his in an utterly necessary voice, unforgettable once discovered.”

Today marks Darwish’s 81 birthday.  He was born in Al Birweh, Palestine, into a land-owning Sunni Muslim family on March 13, 1941. During the establishment of the State of Israel in 1948, his village was destroyed and his family fled to Lebanon. They returned the following year, secretly re-entering their homeland.

As a young man, Darwish faced house arrest and imprisonment for his political activism and for publicly reading his poetry. He joined the Rakah political party in the 1960s. In 1970, he left for Russia, where he attended the University of Moscow for one year, and then moved to Cairo. He lived in exile for twenty-six years, between Beirut and Paris, until1996. He then settled in Ramallah in the West Bank.

Considered Palestine’s most eminent poet, Darwish published his first collection of poems, Leaves of Olives, in 1964, when he was 22. Since then, Darwish has published approximately thirty poetry and prose collections which have been translated into more than twenty-two languages.

Many of his poems were turned into songs and replayed with music composition by leading Arab artists such as Marcel Khalifeh and Trio Jubran thus printed in people’s memory for many more year.

“Mahmoud Darwish, who has died in a Texas hospital aged 67 of complications following open-heart surgery, did as much as anyone to forge a Palestinian national consciousness, and especially after the six-day war of June 1967. His poems have been taught in schools throughout the Arab world and set to music; some of his lines have become part of the fabric of modern Arabic culture,” The Guardian.

Egyptian Authorities Apologize to a Chinese Tourist Bullied Over Coronavirus Pictures of King Charles in Scotland after speech in Westminster Hall

Influential Rabbi Says Homosexuality, Gay Parades Are The Reason For The Deadly Coronavirus in Israel 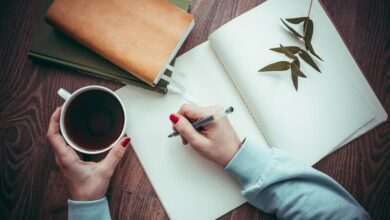 Write to Inspire: 37 Powerful Women Itch a ‘She Dares’ Book