An Afghan refugee held in Australian immigration detention for eight years has gone to court to try and secure the emergency evacuation of his family as the Taliban advances across Afghanistan.

The refugee, who for his family’s safety can only be identified as FGS20, a pseudonym used in court proceedings, worked alongside coalition forces in Afghanistan.

He fled the country in 2013 to try to bring his family to safety but imprisoned in Australia, he has only been able to watch as the situation back home deteriorates and his family comes under attack for the work he did.

Since he arrived in Australia, 15 close family members have been sought out and murdered by the Taliban, including his brother, he says.

“Now the Taliban are coming for my wife and children,” he told Al Jazeera. “The only ones I have left.”

FGS20 has four children and has not seen them or his wife since he left for Australia nine years ago.

One of his children was evacuated to France at the end of July but his wife and three other children remain in Kabul, the capital.

With the Taliban advancing across Afghanistan, their window for escape is closing and FGS20 has now launched a desperate bid to get Australia to help.

In July 2021, FGS20 took the Australian government to court, arguing that Australia had prevented him from rescuing his family and the government has a duty of care to bring them to Australia.

“The Australian Government has failed him by preventing him from saving his family,” FGS20’s lawyers Noeline Balasanthiran Harendran and Daniel Taylor of Sydney West Legal and Migration, told Al Jazeera. “They owe it to his family to rescue them and give them protection.”

Even though FGS20 is recognised as a refugee he remains in detention and does not have the right to bring his family to Australia because he himself does not have a visa through which to sponsor them.

And while his wife and children all have passports, without a valid visa of their own, they will not be allowed onto a plane. Flights themselves are becoming harder to find.

“Because he has been in detention [and unable to work], neither does he have any money to [get] them out,” Taylor said. 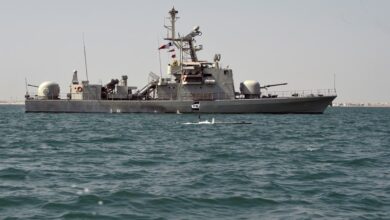