Saudi racer and founder of Theeba Motorsport Reema Juffali said she was “ready to regroup” ahead of the Red Bull Ring return in September.

Juffali’s comments come after her and her teammate Adam Christodoulou were forced to retire from Round One of sports car racing series International GT Open in Hungary on July 9 due to damage caused by a collision.

“Adam delivered a strong result in qualifying and put us in a good position at the end of the first stint before I took over for the final third,” she said in a statement, praising her teammate.

“Despite losing one position at the start, I think our pace was very strong today and we were right in the fight for the overall win. Obviously, it’s disappointing for our race to end in the barriers but motorsport is unpredictable and while there are good days, it’s inevitable that we’ll face some challenges along the way. We’ll come back fighting in Austria,” her teammate Christodoulou said.

After having to drop out of the International GT Open in Hungary, she tweeted: “Not the weekend anyone wants, and it’s a tough one to swallow. I’m okay… It hurts more that we can’t get back out there tomorrow. The team did a great job and I was hoping to give them more, but we’re ready for the next challenge.”

Theeba Motorsport now looks to carry forward the space it showed in Hungary earlier this month, with its eyes set on the team’s return in September at the Red Bull Ring.

Aside from becoming the first-ever Saudi female race driver, Juffali is also the first woman from the Kingdom to head a motor-racing team. 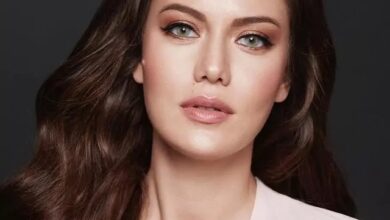 Harry Styles’ ‘Fine Line’ Album is Number 1 in The US