The 430 x 865 mm engraving — the largest of its kind produced at the time — depicts pilgrims from as far as the mountain of Arafat arriving for the Hajj, charting their journey into the holy city.

It was commissioned by the diplomat Ignace de Mouradja d’Ohsson, who had earlier published a grand account of the Ottoman empire from 1787-1790.

Other images of Makkah and Madinah are being auctioned at the Sotheby’s sale, which will end on May 13.

Another rare bidding is a photo book by French writer and photographer Maxime Du Camp, “Egypte, Nubie, Palestine et Syrie,” which features 112 images of Egypt, six of Jerusalem and seven of Baalbek.

The photographer, the son of a successful surgeon, traveled to Egypt in November 1849 at the age of 27 with his friend novelist Gustave Flaubert. Each longed to explore the Middle East and secured government commissions to fulfil their ambitions.

During his trip, Du Camp took more than 200 photographs of about 60 different monuments and sites. Out of those, 125 were selected for publication, resulting in the present work, which was the first French book to be illustrated entirely with photographs.

Another work reflecting the Arab world is an album of 144 photographs of scenes in and around Cairo in 1907 and 1908. 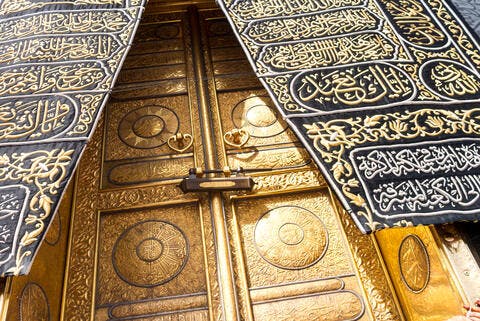 The photographs include images of Sir Eldon Gorst (British consul-general to Egypt, 1907-11), Winston Churchill in Cairo, the ceremony of the Kiswah, and the funeral of Mustafa Kamil Pasha.

The online auction is also presenting works featuring Saudi Arabia, Palestine and other countries in the region.

Thailand is Allowing The Use of Marijuana For Medical Purposes

Debunking Old Theories! Dark Matter Does Not Exist in Space: See Why?