A Hollywood fantasy turned into reality when Rachael Blackmore became the first female jockey to win Britain’s gruelling Grand National horse race, breaking down one of the biggest gender barriers in sport.

Blackmore, a 31-year-old Irishwoman, rode Minella Times to a landmark victory on Saturday in the 173rd edition of the famous steeplechase at Aintree in Liverpool, northwest England.

“I don’t feel male or female right now. I don’t even feel human,” Blackmore said. “This is just unbelievable.”

Blackmore is the 20th female jockey to compete in a race that has been a mud-splattered British sporting institution since 1839.

Even though Aintree was without race-goers because of the pandemic, cheers rang out as Blackmore made her way off the course – still astride Minella Times – and into the winner’s enclosure.

She looked as if she couldn’t believe what she had done.

“For all the girls who watched National Velvet!” tweeted Hayley Turner, a former female jockey. “Thank you Rachael Blackmore, we’re so lucky to have you.”

“For all the girls who watched National Velvet!” tweeted Hayley Turner, a former female jockey. “Thank you Rachael Blackmore, we’re so lucky to have you.”

Blackmore, daughter of a dairy farmer and school teacher, grew up on a farm and rode ponies.

She didn’t have a classic racing upbringing, though, making her ascent in the sport all the more inspirational.

A professional jockey since 2015, she was already the face of British and Irish horse racing before arriving at Aintree, having become the first woman to finish as the leading jockey at Cheltenham three weeks ago.

AP McCoy, who until Saturday had ridden owner JP McManus’s only Grand National winner, said it was brilliant for the sport.

“She’s an amazing rider and she proved that at Cheltenham, but to win the biggest horse race in the world is great for the sport,” he said.

“It gives every young girl hope of winning the biggest race in the world and winning any racing for that matter.” 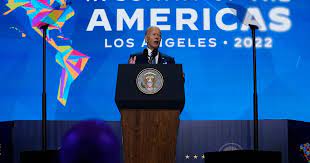