The Cincinnati Bengals and the Los Angeles Rams are set to face off on Sunday in the most-watched annual television event in the United States – the National Football League’s (NFL) 56th Super Bowl.

But a continuing saga about the league’s hiring practices – and dismal diversity in its highest ranks of coaches and managers – has forced NFL officials and teams to face an uncomfortable reckoning amid the media glow of the season’s most prominent – and profitable – spectacle, which is expected to attract 117 million viewers.

Many are asking if a class-action lawsuit by Brian Flores, the Black former coach of the Miami Dolphin whose contract was terminated in January despite two winning seasons, will represent a turning point.

Observers are also questioning if Flores’s lawsuit, which alleged “systemic racism” in the NFL and likened the league to a “plantation” where “the owners watch the games from atop NFL stadiums in their luxury boxes, while their majority-Black workforce put their bodies on the line every Sunday,” will make him the latest figure to sacrifice his career in professional sport in exchange for organisational change.

“I think Flores is a courageous man,” Lapchick added. “But I think this risks his future career in the National Football League significantly … I would be surprised that he’s hired again as a head coach.”

For his part, Flores has said the “need for change is bigger than my personal goals” and that he “hopes others will join me to ensure that positive change is made for generations to come”.

Flores’s lawsuit tops decades of criticism about the league’s hiring practices and the under-representation of minority coaches.

In 2021, about 71 percent of NFL players were races other than white, according to data from the Institute for Diversity and Ethics in Sport at the University of Central Florida. Meanwhile, just five out of 32 coaches during the 2021 season were racial minorities.

The NFL’s own Diversity and Inclusion Report published in February 2021 found that 82 percent of head coaching hires in the league between 2012 and 2021 went to white men.

The percentage was nearly the same for general managers.

“Any way you cut it, there’s an over-representation of white coaches – and lot of the attention is placed on Black coaches, because most of the players in the NFL are Black,” said George Cunningham, a professor of health and kinesiology at Texas A&M University whose research focuses on diversity in sport.

“There’s a lot of evidence that coaches – assistant coaches and head coaches – played pro football or high levels of college football,” he said.

In the 58-page lawsuit filed in federal court in Manhattan on February 1, Flores detailed a litany of allegations that called into question the integrity of how several teams in the NFL approached the game.

Most striking were claims about how teams approached the so-called “Rooney Rule” – a policy implemented in 2003 that required teams to interview minority candidates for coaching positions.

The policy, which has failed to result in a meaningful demographic shift in head coaches, was updated in 2020 to require teams to hold at least one in-person interview with a minority candidate for an open general manager and head coaching position.

Flores’s lawsuit said the rule is “not working because management is not doing the interviews in good-faith, and it therefore creates a stigma that interviews of Black candidates are only being done to comply with the Rooney Rule rather than in recognition of the talents that the Black candidates possess.”

Flores detailed two “sham” interviews he had experienced that he argued only existed to check the Rooney Rule box.

In the most recent case, the lawsuit cites as evidence text messages, sent to Flores in error, that indicated the New York Giants had already selected another candidate days before he was meant to go in for his interview on January 27. The Giants have called the allegations “shameful and false”.

The lawsuit also recounted a 2019 interview in which Denver Broncos management showed up dishevelled and apparently hungover, saying it was clear from the “substance of the interview” the team was not seriously considering Flores. The Broncos called the allegation “blatantly false”.

Flores also listed a series of Black candidates he argued were passed over in recent years despite their qualifications. While several former Black coaches have detailed similar experiences since the lawsuit became public, Flores remains the only plaintiff in the suit to date.

Flores’s public showdown with the NFL has been likened to former San Francisco 49ers Quarterback Colin Kaepernick’s decision to kneel during the national anthem at the beginning of games starting in 2016 in protest of racial injustice.

The act kicked off a firestorm of criticism that saw NFL Commissioner Goodell, at the time, suggesting Kaepernick’s actions showed a lack of patriotism. Kaepernick was later forced out of the league.

However, in 2020, amid racial protests that swept the US against several high-profile killings of Black people, the NFL took a starkly different tone, with Goodell saying they were “wrong for not listening to NFL players earlier and encourage all to speak out and peacefully protest”.

The league’s about-face came more swiftly this time around.

The NFL initially said Flores’s claims were “without merit”. However, days later, Goodell sent a memo to teams saying the league’s efforts in increasing diversity were “unacceptable” and that there is “much work to do”.

In a subsequent news conference, he indicated the potential for more league-wide policy changes, while acknowledging the NFL “fell short … by a lot”.

“I don’t think you take anything off the table until you have people look at that, help us independently say, ‘Is there something flawed with our process?’” he said of the league’s interview process, according to Sports Illustrated. “And if there is, what can we do to resolve that and fix that?” 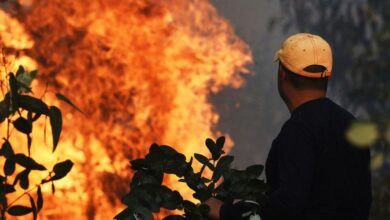