Qatari poet Muhammed bin al-Theeb al-Ajami, known as “ibn al-Theeb” in his poetry, has sparked widespread controversy on social media with a new poem in which he praises the slain Iranian Qassem Soleimani.

In the poem, ibn al-Theeb says recites verses in which he says “Qassem will not be humiliated” and that the Americans and British who celebrated his death “are the ones who are humiliated.”

“I hear the echo of the tears of the Messenger of God and his family on Qassem Soleimani,” the poet recites. “May God sanctify your soul,” he adds in another verse. 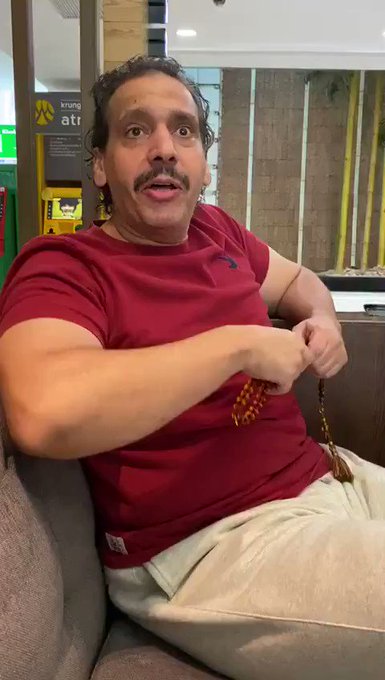 Ibn al-theeb is a poet who was previously imprisoned by the Qatari government for five years after penning a poem in which he insulted the ruling al-Thani family. Initially, the Qatari poet was sentenced to life but a Qatari court reduced it to 15 years in 2013 over a poem criticizing the former emir, Sheikh Hamad bin Khalifa al-Thani, and which mocked “sheikhs playing on their PlayStations.”

The Qatari poet was eventually pardoned in 2016 and released by Qatar’s ruler Sheikh Tamim al-Thani.

Ibn al-Theeb received widespread criticism from users on Twitter across the Arabian Gulf region, with many criticizing the poet’s use of religious figures like Islam’s Prophet Mohammed in his poem to glorify Soleimani.

Saudi poet Yahya Rayany responded by his own poem on Twitter, disparaging ibn al-Theeb for using religious figures in his glorification of “someone who has killed thousands without justification and made others homeless in countless other countries.”

Saudi carves path out of US partisan politics with Qatar detente