Qatar, the world’s largest exporter of liquified natural gas, will see its budget surplus wiped out in 2021 amid low energy prices due to COVID-19, the government said Thursday.

The budget for the current period was calculated on the basis of an average price for a barrel of crude of $55, with the oil price being used to calculate the market rate for gas sales.

“The total expenditure is expected to (be) 194.7 billion riyals during 2021, accordingly, the budget anticipates a deficit of 34.6 billion riyals,” Finance Minister Ali Shareef al-Emadi said in a statement.

Forecast expenditure for 2021 is 7.5 percent lower than spending in 2020 as several major projects linked to the 2022 World Cup including stadiums are finished or nearing completion.

“The budget continues to focus and prioritize spending on infrastructure projects, housing projects for (Qatari) nationals, health and education,” the statement said.

Qatar’s gross domestic product will decline by 2.6 percent in 2020 because of “the spread of the Covid-19 virus and the decline in energy prices”, the finance ministry said, projecting the economy would grow by 2.2 percent in 2021.

Defense and security spending would account for 21.7 percent of total expenditure in 2021, according to the budget report.

Qatar has been under an economic and diplomatic boycott by neighboring countries led by Riyadh since June 2017 although signs of reconciliation efforts have recently emerged.

After Saudi Arabia, the United Arab Emirates, Bahrain and Egypt severed ties with Qatar, accusing it of links to extremist groups and being too close to Iran, Doha doubled down on its defense spending.

Doha has denied the charges and increased business with existing trade partners outside the region, announced plans to produce more gas and sought new markets. 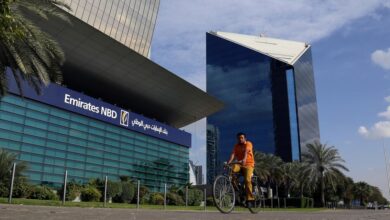