Wadad hachichou
Doha_Qatar
Qatar Football Association (QFA) and FIFA have announced plans to deliver a pan-Arab tournament that will be played in the Gulf state in late 2021, with the competition acting as a crucial preparatory event for the FIFA World Cup 2022TM, that kicks off on 21 November 2022.
The competition proposal was presented to FIFA Council members via videoconference by H.E. Hassan Al Thawadi, Secretary General of the Supreme Committee for Delivery & Legacy (SC) and Chairman of the FIFA World Cup Qatar 2022 LLC (Q22). The FIFA Council subsequently approved the formation of the competition.
The 22-team invitational tournament for men’s national teams will be contested by Arab nations from Africa and Asia. It will be played outside the International Match Calendar. The tournament, which will be held in Qatar from 1-18 December 2021, will be delivered by Q22 and will allow the organisers to use facilities and run operations that are also planned for the subsequent FIFA World Cup 2022TM.
The tournament will take place during the same timeslot as the FIFA World Cup 2022TM, with the final taking place exactly one year before the Qatar 2022 final is scheduled to kick-off.
All tournament matches will be played at Qatar 2022 stadiums. In addition to utilising Qatar 2022 stadiums and training sites, the tournament will provide a vital opportunity for fans, players and officials to use host country facilities, including transport and accommodation.

President of the QFA, H.E. Sheikh Hamad Bin Khalifa Bin Ahmad Al Thani, said: “This is an exciting moment for Qatar and football fans across the region and around the world. This new pan-Arab tournament will see teams from across the region go head-to-head in state-of-the-art FIFA World Cup venues and allow teams and fans to experience Qatar as a tournament host country. This tournament marks an important footballing milestone for the country and the region, and everyone involved in delivering it will gain more essential experience ahead of the Qatar World Cup.”
Al Thawadi said: “This exciting tournament will act as a perfect preparatory event for Qatar ahead of the first FIFA World Cup in the Middle East and Arab world.
“Qatar has hosted many events since it was awarded the World Cup hosting rights back in 2010, but this will be our biggest yet and it will prove essential in utilising facilities and services ahead of 2022. The tournament is also being held at exactly the same time as the World Cup, meaning fans, players and officials will get a taste of what’s to come in 2022.
“The creation of this pan-Arab tournament reinforces our longstanding commitment that the FIFA World Cup 2022 will be a tournament that benefits the entire Arab world, one that showcases the beauty of the region and the immense passion that exists for the game.”
Full details of tournament participants, along with the match schedule, will be shared in due course. The delivery of the event will be led by Q22 staff, supported by the QFA, FIFA and the SC.

Biodiversity Remains The Answer to Many Human Questions 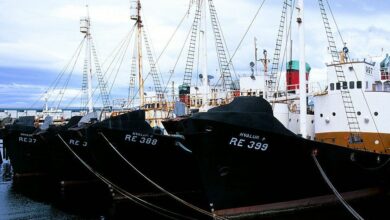