The inauguration coincides with Qatar National Day, as the country is scheduled to host the 2022 World Cup final exactly two years later.

The 40,000-capacity venue will host seven World Cup matches up to the round of 16.

Al Jazeera looks at the status of all eight stadiums that will host the 2022 World Cup matches:

Khalifa International Stadium was the first tournament-ready venue for Qatar 2022 and will host matches up to and including the third place play-off during Qatar 2022.

Education City Stadium was inaugurated in June 2020 during a virtual event that paid tribute to front-line healthcare workers during the coronavirus pandemic.

It will host matches up to and including the quarter-final stage during Qatar 2022.

Al Bayt Stadium is set to host matches up to and including the semi-final stage during Qatar 2022.

The organisers said about 28,000 seats from the stadium will be donated to developing countries after the tournament. Belarus Olympic athlete row: What you need to know 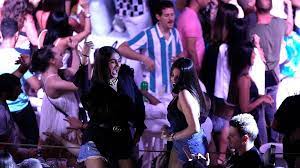 Desperate for diaspora: Lebanon begs for a tourism cash injection 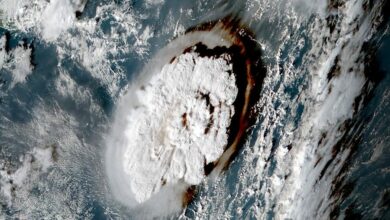 Get away from shore – US and Japan warn on tsunami