The two leaders will meet in the Iranian capital with the conflict in Ukraine massively hampering shipments from one of the world’s biggest exporters of wheat and other grain, sparking fears of global food shortages.

Last week, Turkish Defence Minister Hulusi Akar said Russia, Ukraine, Turkey and the UN would sign a deal this week on the grain exports corridor, but UN chief Antonio Guterres warned there was still “a long way to go” before there would be peace talks to end the war.

Akar said on Monday there was an agreement on “a plan, general principles” regarding the export corridor, and added a meeting between all parties to discuss details was “probable”
this week.

He said technical matters like forming a monitoring center in Istanbul, identifying safe routes, and checkpoints at port exits and entries were on the agenda. 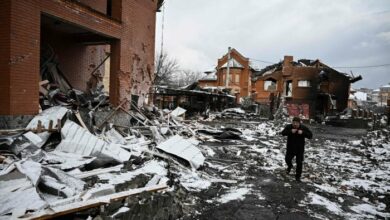 Russia may be using unguided ‘dumb’ bombs in Ukraine war: US official