The Constitutional Court on February 3 annulled results that declared President Peter Mutharika, who had a narrow lead, victor and lashed the Malawi Electoral Commission (MEC) for “incompetence.”

The unprecedented verdict was triggered by the use of correction fluid on tally sheets – the papers on which election overseers entered ballot counts.

About 1,000 protesters marched for five kilometres (three miles) to the MEC offices in the commercial capital Blantyre and used rusty chains to lock its entrance gates.

The military kept watch but did not intervene.

In the administrative capital, Lilongwe, about 5,000 people braved the rain to march to the MEC offices.

After chaining and padlocking its entrance, they handed the keys to an army officer.

The protesters demanded the commission’s chairwoman, Jane Ansah, step down.

“We are not stopping here until Jane Ansah resigns,” Masauko Thawe, leader of the Blantyre protests, told AFP news agency.

“This is the MEC that we don’t want because we cannot trust them. We need a new MEC which can operate to the expectations of all Malawians,” Thawe said.

Ansah says she will quit only if the Supreme Court upholds the Constitutional Court judgement, which also ordered new elections within 150 days.

She told legislators this week that the correction fluid – referred to by its commercial name of Tippex – had been used only to correct results, not distort them.

“What happened in Malawi is quite significant. There needs to be a clean election,” Alex Vines, head of Africa program at Chatham House, told Al Jazeera.

“I’m not sure the current chair of the electoral commission has the confidence of the Malawian electorate to continue in that role,” Vines added.

A bid by Mutharika and the MEC to suspend the ruling was rejected by the Constitutional Court on Wednesday.

It is the first time a presidential election has been challenged on legal grounds in Malawi since independence from Britain in 1964, and only the second vote result to be cancelled in Africa after the 2017 Kenya presidential vote. 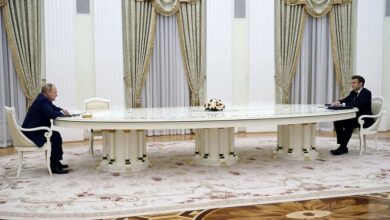