The United States announced in early June it would deliver to Ukraine M142 HIMARS multiple rocket launchers, with a slightly longer range than their Russian and Soviet-made equivalents, to enable the Kyiv military to destroy enemy forces while staying out of reach.

“The new howitzers and HIMARS are already at work against the civilian population of our territory,” Roman Vedmedenko, deputy interior minister of the separatists in the Lugansk region, told Russian news agencies, without backing up his accusations.

“There is a constant influx of new weapons from Europe,” he added.

It was not possible to independently verify the claims. Pro-Russian rebels regularly accuse Ukrainian forces of shelling civilians in areas they control.

Russia launched a major military operation in Ukraine in late February, before focusing its offensive on the south and in the eastern Donbas, where pro-Russian separatists are battling Kyiv forces.

The conflict has been marked in recent weeks by highly destructive artillery battles that have reduced several towns to rubble, including Sievierodonetsk in the Luhansk region, which was taken by Moscow’s forces last week. 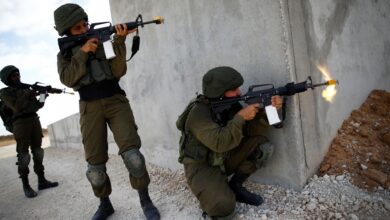