Prince William has urged football fans to “take a minute” to think about their mental health.

The 37-year-old royal – who is the president of the Football Association (FA) – has taken part in a 60-second video in collaboration with Heads Up and Every Mind Matters to raise awareness of mental health challenges, especially in men.

The video focuses on getting fans of football – which is also known as soccer – to pause for a minute and think about their mental health.

William says in the clip: “In life as in football we all go through highs and lows. We can all sometimes feel anxious or stressed. At moments even the little things can seem a struggle. But we can all start to change things.

“Every Mind Matters and Heads Up will show you the simple steps you can take to look after your mental health. Helping to boost your mood, improve your sleep and feel ready for life’s ups and downs. It only takes a minute to get started.”

The initiative uses the prestigious FA Cup competition – which takes place this weekend – as a backdrop for the video, and stars both current and former players including Frank Lampard, Harry Maguire, and Callum Hudson-Odoi.

Each of the 32 matches in the third round of the cup will take place after a minute delay, which will encourage fans to use that extra 60 seconds to think about their mental health and wellbeing.

The campaign will culminate at the final of the competition at Wembley Stadium in London on May 23.

In a statement, William said: “Over the course of the next five months, Heads Up will use one of the most powerful, unifying forces in our society – football – to spread the message that we all have mental health, just as we all have physical health. Our ambition is to start the largest ever conversation on mental health and to ensure there is a lasting mental health legacy for the game in this country. I hope Heads Up can help us all take another big step forward in shattering the stigma that surrounds mental health.”

Whilst former footballer and current Chelsea manager Frank Lampard added: “It’s hugely important for men to think about their mental health and take action where they can. I came from a family where we bottled up a lot of emotions, feelings and sometimes anxieties. I think a huge thing now is the great campaigns that are going on encouraging people to speak openly about looking after your mental health and not feel bad about how you feel inside. I think as men, sometimes we can think that it’s a weakness but it certainly isn’t. It’s a huge strength.”

Adham Nabulsi Opens up About His Decision on Retirement 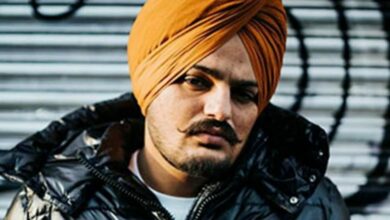 Kendall Jenner Went to Hospital Before Over her Anxiety