Britain’s Prince Charles has tested positive for COVID-19, his office said on Thursday, the second time that the heir-to-the-throne has contracted the disease.

“This morning The Prince of Wales has tested positive for COVID-19 and is now self-isolating,” Clarence House said, adding he had cancelled his planned engagements for later in the day.

Charles, 73, tested positive in March 2020 and later said he had suffered only mild symptoms. He spent seven days in self-isolation at his Birkhall home in Scotland before resuming his duties.

On Wednesday, he attended a reception for the British Asian Trust where the other guests included finance minister Rishi Sunak and health minister Sajid Javid. 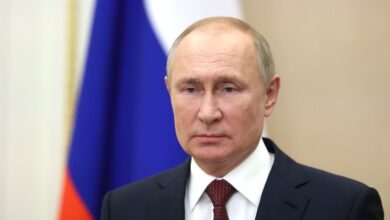 Putin to host Iranian president next week for talks