US President Donald Trump said on Wednesday that no American or Iraqis were killed when Iran launched more than a dozen ballistic missiles against US military and coalition forces in Iraq on Wednesday morning.

The Pentagon said it was clear the missiles were launched from Iran “and targeted at least two Iraqi military bases hosting US military and coalition personnel at Al-Assad and Irbil,” according to a statement from Assistant to the Secretary of Defense for Public Affairs Jonathan Hoffman.

Iran’s attack was its most brazen direct assault on America since the 1979 seizing of the US Embassy in Tehran.

Iran took & concluded proportionate measures in self-defense under Article 51 of UN Charter targeting base from which cowardly armed attack against our citizens & senior officials were launched.

We do not seek escalation or war, but will defend ourselves against any aggression.

The attack came in three waves just after midnight, according to sources.

President Trump was briefed at the time and was said to be “monitoring the situation closely and consulting with his national security team,” according to White House press secretary Stephanie Grisham.

Trump had visited the Al-Assad base during his December 2018 trip to Iraq.

Hundreds of migrants land in southern Italian island of Lampedusa 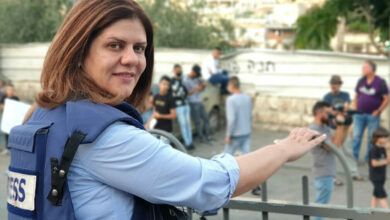