Pope Francis today told parents to support their children if they are gay and to ‘not hide in an attitude of condemnation’ during his weekly audience with the public.

The 85-year-old pontiff called on families to never condemn their children for whatever reason, including over their sexual orientation.

During the weekly audience at the Vatican, Francis revealed he is suffering from an agonising inflamed ligament in his right knee that hinders his movement.

The pontiff also prayed for peace in Ukraine, calling for dialogue to prevail over partisan interests so as to resolve the West’s standoff with Russia.

Speaking from the centre stage of Paul VI Hall in the Vatican, Francis said: ‘I think of parents with children with illnesses, even permanent illnesses – how much pain.

‘Parents who see different sexual orientations in their children – how to deal with this, how to be on their side and not hide in a condemnatory attitude.’

The pontiff continued: ‘Parents who see their children not going to school – so many parents’ problems, we think how to help them.

‘To them I say: don’t be afraid… Never condemn a child.’

Francis has frequently defended the rights of gay people and argued they should be accepted in their parishes, while urging parents not to reject their gay children.

He has always, however, voiced opposition to marriage among single-sex couples.

During his speech, the Argentinian pope recalled how, in Buenos Aires, he felt moved seeing a line of mothers outside a prison, waiting to see their sons ‘who had made a mistake’.

‘They showed their faces, they didn’t hide and they supported him, always. What courage,’ he added.

Francis revealed today he is suffering from an inflamed ligament in his right knee that makes walking and going up and down stairs painful.

Francis told his weekly general audience that he had been informed that the inflammation usually only afflicts older people.

The issue prevented him from personally greeting the faithful following the weekly general audience.

‘I won’t be able to come among you today to greet you, because I have a problem with my right leg, a ligament in my knee is inflamed,’ the pontiff said in a rare public comment on his health.

‘It’s temporary, I hear it happens to old people, I don’t know why it happens to me,’ he joked, drawing laughter from the audience gathered in the Vatican’s Paul VI Audience Hall.

Francis usually descends a series of stairs from the stage of the hall following the weekly audience to shake hands and meet people in the front row.

But this week, a handful of guests were brought up to the stage.

Francis had mentioned the leg pain last week in explaining that he would remain seated during a different audience.

Over the years, he has apologised when he has missed liturgies or had to sit down during events that would otherwise require him to stand.

The pontiff suffers from chronic hip pain that makes him limp and in July, he underwent an operation on his colon. The pontiff’s health is regularly the subject of rumours within the Vatican, particularly among his critics.

Francis also had a part of one lung removed when he was a young man after a respiratory infection.

During the service, Francis led a day of prayer for peace in Ukraine, calling for dialogue to prevail over partisan interests to resolve the West’s standoff with Russia.

The Pope last Sunday called on people of all religious to pray on Wednesday for an end to the crisis, saying the tensions were threatening the security of Europe and risking vast repercussions.

‘I ask you to pray for peace in Ukraine and to do it often in the course of the day,’ Francis said, adding that he hoped ‘wounds, fears, and divisions’ can be overcome.

As people prayed in Ukraine and elsewhere, Francis said he hoped the ‘supplications that today rise up to heaven touch the minds and hearts of world leaders, so that dialogue may prevail and the common good be placed ahead of partisan interests’.

Going off script, he recalled that more than five million people died in Ukraine during World War Two and that people there had also suffered hunger and ‘so much cruelty’.

This was an apparent reference to the estimated 3-4 million Ukrainians who died in the early 1930s when Soviet dictator Joseph Stalin imposed the collectivisation of agriculture and other policies aimed at crushing Ukrainian nationalism.

The tragedy, which a number of countries have recognised as a form of genocide, is called the Holodomor and is also known as the Terror-Famine or the Great Famine.

‘They are a suffering people,’ the pope said of Ukrainians.

The Vatican’s foreign minister, Archbishop Paul Gallagher, was to lead a prayer service in Rome on Wednesday evening organised by the Sant’ Egidio community, a Rome-based international charity that promotes peace.

Western leaders have stepped up military preparations and made plans to shield Europe from a potential energy supply shock if Russia invades Ukraine.

Top U.S. and Russian diplomats failed on Friday to make a major breakthrough in talks to resolve the crisis, although they agreed to keep talking. 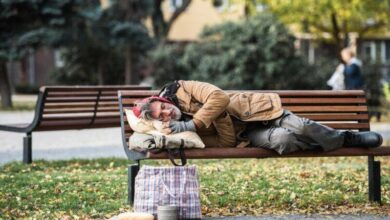