Pope Francis urged countries on Saturday to work towards net zero carbon emissions and committed Vatican City – the world’s smallest state – to reaching the target by 2050.

Francis, who has championed environmental causes since his election in 2013, told a UN climate summit the 108-acre (44-hectare) city-state surrounded by Rome would be doing its bit to fight climate change.

“The current pandemic and climate change, which are not only environmentally relevant, but also ethically, socially, economically and politically, affect, above all, the lives of the poorest and most fragile,” he said in a video message to the summit.

“In addition to adopting some measures that cannot be postponed any longer, a strategy is needed to reduce net emissions to zero,” Francis said.

He committed the Vatican “to reducing net emissions to zero by 2050,” as well as intensifying environmental management efforts and furthering the rational use of natural resources such as water and planting more trees.

A Vatican statement said the city-state was moving ahead with plans to substitute all its combustion engine cars with electric or hybrid vehicles.

It said the Vatican, which began installing solar panels in 2008 and banned single-use plastic bags last year, was now recycling 65 percent of its waste and aimed to reach 75 percent in 2023.

In his address, Francis said the Holy See was committed to promoting, in Catholic schools and elsewhere, “an education for integral ecology” to favor development and sustainability and encourage economic policies that respect the environment.

In 2015, Francis wrote a landmark encyclical “Laudato Si” (Praised Be) on the need to protect nature. It backed scientific evidence that human activity was to blame for global warming.

Francis also strongly backed the Paris agreement to limit the global rise of temperatures and has said he was saddened by US President Donald Trump’s decision to withdraw from it. 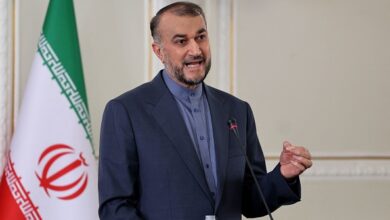