The top US diplomat Tuesday warned that failing to extend the arms embargo on Iran would push the globe, including Riyadh, New Delhi, Rome and Warsaw, into Iranian crosshairs, as they would be able to purchase fighter jets and upgrade their fleet of submarines.

US Secretary of State Mike Pompeo addressed the UN Security Council ahead of a scheduled speech by the Iranian foreign minister later Tuesday. “Iran is not a responsible democracy like Australia or India,” Pompeo said during his video address to the UNSC.

The arms embargo on Iran will expire in October and Washington has been exerting significant diplomatic efforts to ensure that it is extended. The embargo will expire as a result of the Joint Comprehensive Plan of Action (JCPOA) signed in 2015 between the US, France, Germany, United Kingdom, China and Russia on the one side and Tehran on the other.

Britain, France and Germany said earlier this month that they believed lifting the arms embargo would “have major implications for regional security and stability” and were trying to reach a compromise between Russia and China and the United States.

However, the European countries also said they would not back US efforts to unilaterally trigger a return of all UN sanctions on Iran.

On Tuesday, Pompeo warned that failing to extend the embargo would allow Iran to upgrade its fleet of submarines, “further threating international shipping” and freedom of navigation.

“If you fail to act, Iran will be free to purchase Russian-made fighter jets that can strike up to a 3,000 kilometer radius, putting cities like Riyadh, New Delhi, Rome, and Warsaw in Iranian crosshairs,” Pompeo said.

Iran will also be able to purchase new technologies for its proxies in the Middle East, like Hamas, Hezbollah and the Houthi militia, he said.

Appealing to China and Russia – reported opponents of an extension on the arms embargo – Pompeo said that Iran would “hold a sword of Damocles over the economic stability of the Middle East, endangering nations like Russia and China that rely on stable energy prices.”

“Don’t just take it from the United States, listen to countries in the … Middle East – who are most exposed to Iran’s predations,” Pompeo said. “Extend the arms embargo.”

Iran’s foreign minister, Mohammad Javad Zarif, also spoke to the UNSC, saying that the preservation of the nuclear accord depended on the scheduled end in October of UN arms embargo.

“The timetable for the removal of arms restrictions embodied in Resolution 2231 is an inseparable part of the hard-won compromise,” Zarif said, referring to the JCPOA.

“Any attempt to change or amend the agreed timetable is thus tantamount to undermining Resolution 2231 in its entirety,” he said.

Separately, Russia said the US was threatening “uncontrollable escalation.”

“We cannot accept an attempt to get a blessing for the US-desired maximum pressure policy through the Security Council, to legitimize it,” Russian Ambassador to the United Nations Vasily Nebenzia told the UNSC.

ICC to open full investigation into Duterte’s ‘war on drugs’ 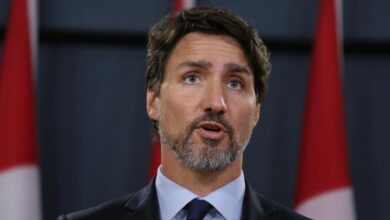 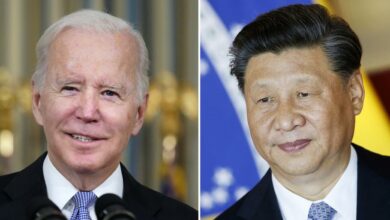