Amid a bitter Russian-Polish disagreement over the history of the beginning of World War II, Poland’s President Andrzej Duda is set to skip a major Holocaust memorial in Jerusalem later this month because he was not invited to speak at the event.

Five foreign leaders are scheduled to address the Fifth World Holocaust Forum, which is scheduled to take place on January 23 at the Yad Vashem memorial museum in Jerusalem in commemoration of the 75th anniversary of the liberation of the Auschwitz-Birkenau concentration camp.
Representing the winners of World War II are Russian President Vladimir Putin, French President Emmanuel Macron, Prince Charles of the UK and a senior US official, most likely Vice President Mike Pence.

Speaking on behalf of the “perpetrators” will be Germany’s President Frank-Walter Steinmeier, a spokesman for Yad Vashem said.

In addition, President Reuven Rivlin, Prime Minister Benjamin Netanyahu and Holocaust survivors are expected to address the event, which will be attended by “dozens of world leaders,” according to organizers.

Poland’s President Duda was widely expected to participate in the event as well, but has recently indicated that he will only come if he is allowed to speak there.

“It turns out that presidents Putin, Steinmeier and Macron will be speaking, but the Polish president will not. I do not agree to this,” he said Sunday evening in an interview with a state-owned television station in Warsaw.

Duda’s spokesman, Błażej Spychalski, said last week that given the opportunity to speak, the president would “of course” come to the event. “[But] a situation in which the President of the Republic of Poland will sit and listen to the lying, false words of President Putin, without having the possibility to reply, is not good.”

Yad Vashem said Monday that while it was aware of Duda’s comments, it had not received a formal request for him to speak at the forum.

“It is especially appropriate that the leaders addressing this event represent the four main powers of the Allied forces, which liberated Europe and the world from the murderous tyranny of Nazi Germany,” a spokesperson for Yad Vashem told The Times of Israel.

“Additional speakers include the leaders of the host nation — the State of Israel — together with Yad Vashem and the World Holocaust Forum Foundation, the event organizers that are committed to ensuring the memory of the Holocaust and fighting antisemitism around the world.”

The spokesperson added: “Of the 1.5 million victims of the Auschwitz-Birkenau death camp, some 1.1 million were Jews who were murdered simply because they were Jewish. The citizenships of the victims of Auschwitz have no bearing on the choice of leaders who will address the World Holocaust Forum.”

The Foreign Ministry declined to comment on the matter.

Diplomats were in Jerusalem were busy this week looking for a solution to the potential diplomatic spat, exploring various alternative options to satisfy the Polish demand.

But the government in Warsaw indicated that the president was unwilling to accept anything less than a spot on the speaker’s podium at the event.

“President Andrzej Duda will make the decision regarding participation in the [World Holocaust] Forum dependent on the possibility to speak at that event,” Katarzyna Rybka-Iwańska, a spokesperson for the Polish embassy in Tel Aviv, told The Times of Israel on Monday.

The background to Duda’s insistence to speak at the event is a current war of words between Warsaw and Moscow in which each side has accused the other of having collaborated with the Nazis and bearing at least partial responsibility for the outbreak of World War II.

On December 24, Putin accused Poland of having been in cahoots with Adolf Hitler during the war. He also cast Poland as an anti-Semitic country that welcomed the Nazi dictator’s plans to destroy Europe’s Jews.

“Essentially they colluded with Hitler. This is clear from documents, archival documents,” Putin said in an emotional end-of-year speech at the Defense Ministry in Moscow.

A wartime Polish ambassador promised to put up a statue of Hitler in Warsaw for his pledges to send Jews to Africa, Putin said.

“A bastard, an anti-Semitic pig, you cannot put it any other way,” Putin said, referring to what he said were the diaries of the Polish ambassador in Germany, apparently in reference to Józef Lipski, who served as ambassador in Berlin from 1934 to 1939.

Polish Prime Minister Mateusz Morawiecki, in a statement issued a few days later, rejected Putin’s claim as a distortion of history and attacked the Soviet Union for its alliance with Nazi Germany that resulted in the division of Poland.

“Without Stalin’s complicity in the partition of Poland, and without the natural resources that Stalin supplied to Hitler, the Nazi German crime machine would not have taken control of Europe,” he said.

“President Putin has lied about Poland on numerous occasions, and he has always done it deliberately.”

Warsaw was backed by American and Israeli diplomats.

“Dear President Putin, Hitler and Stalin colluded to start WWII. That is a fact. Poland was a victim of this horrible conflict,” US Ambassador Georgette Mosbacher said on Twitter in English and Polish.

The Russian Embassy countered with a tweet saying: ”Dear Ambassador, do you really think that you know about history any more than you do about diplomacy?”

Israel’s ambassador to Warsaw also tweeted his support for Poland’s version of events.

World War II began on September 1, 1939, when Nazi German troops invaded Poland. Two weeks later, the Soviet Red Army also attacked embattled Poland from the east, in what Poles still refer to as a “stab in the back.” Days earlier, Germany and Russia had signed a pact with a secret protocol to carve up Poland and the Baltic states between themselves. Some six million Poles lost their lives during WWII.

Poland did not invite Putin to international ceremonies on September 1 in Warsaw marking the 80th anniversary of the war’s outbreak.

Relations between Russia and Poland have been tense since Poland threw off Moscow-controlled Communist rule 30 years ago and began moving closer to the West. Poland has since joined NATO and the European Union, and cultivated a close alliance with the United States.

Poland has also been making efforts to reduce its dependence on Russian gas and oil and has vocally opposed Nord Stream 2, a major Russian-German gas pipeline under construction that will transport Russian gas to Western Europe, bypassing Poland and Ukraine. 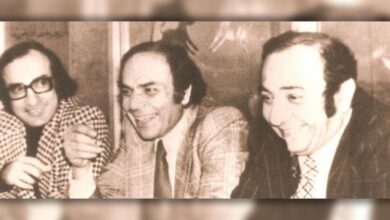