There was relative calm in Melbourne on Thursday after three days of anti-lockdown protests that led to violent confrontations with police in Australia’s second biggest city, with officers out in force on the streets of the city centre.

Footage shared on social media showed police in central Melbourne checking people’s reasons for being outside.

Officers were also on patrol at vaccination centres amid concern that they could be a target for protests, the Age newspaper said. The Melbourne Town Hall facility was closed after workers there were spat on and abused on Wednesday.

The city of five million has been in strict lockdown for seven weeks, as the authorities struggle to curb an outbreak of the fast-spreading Delta variant.

Hundreds of people joined protests this week after authorities announced they would close building sites for a fortnight, and make vaccination mandatory for all construction workers, after the emergence of a number of clusters emerged connected to the industry.

More than 200 people were arrested on Wednesday with police using pepper spray, foam baton rounds and rubber ball grenades to disperse the crowds including at the Shrine of Remembrance, the city’s war memorial. US offers ‘complete backing’ for NATO bids by Sweden and Finland 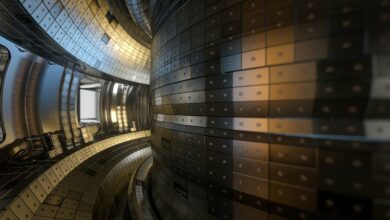