Prime Minister Sheikh Hasina has inaugurated a landmark bridge over the turbulent Padma River after years of delay due to allegations of corruption that forced the World Bank to walk away from the nearly $4bn mega project, which will connect Bangladesh’s capital Dhaka to the underdeveloped southwestern region of the country.

The opening on Saturday of the eponymous Padma Bridge – Bangladesh’s longest bridge to date which has been dubbed a “symbol of national pride” – marks a momentous occasion in the South Asian nation’s history.

The construction of the 6.15km (3.82 miles) bridge began in November 2015 to connect 21 districts of the country’s southwest with Dhaka via road and rail, thereby cutting travel time considerably.

The double-layer steel truss bridge incorporates a four-lane highway on an upper level along with a single-track railway on the lower level.

With a construction cost of $3.87bn, this is one of the largest mega projects Bangladesh has ever undertaken and the entire amount is financed by the Bangladesh government.

In 2012, the World Bank withdrew from a $1.2bn loan agreement for the project following allegations of corruption. Following suit, other donors, including Asian Development Bank (ADB) and Japan International Cooperation Agency (JICA), also pulled out of the project.

Hasina, who spearheaded efforts to build the bridge, famously declared that her government would self-fund the project.

Her decision faced a battery of scepticism from the country’s economists as well as political opponents since Bangladesh did not have any experience in building such mega infrastructure without financial support from multilateral donors.

“Some people said we would always be beholden to others, but our Father of the Nation Bangabandhu Sheikh Mujibur Rahman taught us the importance of self-respect,” Hasina said, addressing a sea of people on Saturday.

Sheikh Rahman was Bangladesh’s founding father who led the movement to secede from Pakistan in 1971.

“This Padma Bridge is not a pile of brick and cement, but a symbol of Bangladesh’s pride, honour and ability,” she said. The world reacts to the ongoing situation in Tunisia 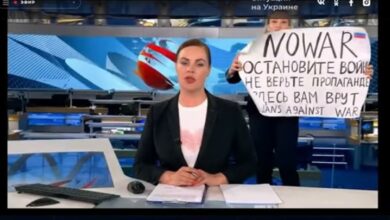