A picture of toddler Demet Özdemir trending all over social media ever since the Turkish star shared the snap on her socials.

Demet Özdemir shared a picture on her Instagram account to show one of her looks in her new series ‘Between Me And The World” for its third episode.

Demet looked identical to the ancient queen of Egypt Cleopatra in the snap she shared, and it looks like this picture was taken behind the scenes of the series.

Demet Özdemir republished this photo through her Instagram story, and she had attached another photo of her from her childhood when she was a toddler, where she had the same haircut and hairstyle. 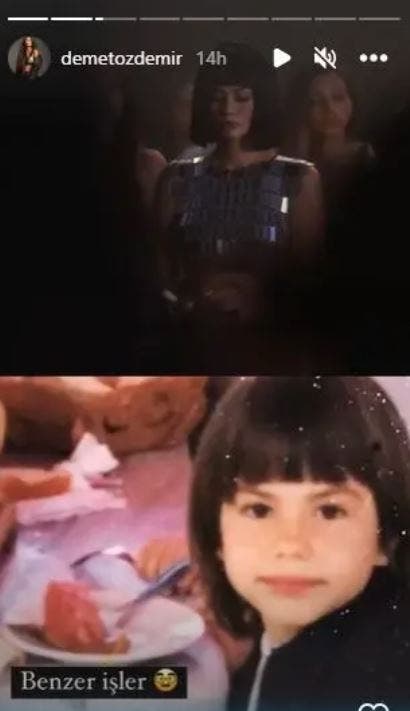 Demet commented on the photo because of the similarity between them, saying: “These pictures are similar and identical,” noting that the similarities exist in the two pictures.

And fans re-published the pictures again, where Demet appeared in the same hairstyle during an earlier time, and praised her beauty, as they stressed that her features never change with time. Lily Collins Inspired by Her ‘Emily in Paris’ Character