Philippine President Rodrigo Duterte on Monday accused the European Union of holding up supplies of COVID-19 vaccines to other countries and complained that less wealthy countries lacked the power to secure all they sought.

“This is a fight among the highest bidders, who can pay first,” Duterte said in a televised address.

“We are not rich,” he said, although he assured the public his government has the funds to procure vaccines.

The Philippines has more than 527,000 confirmed coronavirus cases – among the highest in Asia – and 10,807 deaths.

It has lagged regional peers in securing vaccines, with which Manila hopes this year to inoculate 70 million people, or two-thirds of the population.

Duterte said the issue was getting the supplies as big powers like the EU not only buy up doses in bulk but have threatened to restrict exports of COVID-19 vaccines, particularly AstraZeneca.

“AstraZeneca was held hostage by the European Union,” Duterte said.

The British-Swedish drugmaker AstraZeneca said last week it would fall short of delivering promised vaccines to the EU, triggering a furious response from the bloc.

The EU is now looking into a scheme to monitor and authorise export of vaccines, potentially blocking them if its own supply is not met.

“Here we have the ASEAN (the Association of Southeast Asian Nations), but we are not really as powerful as the EU. We don’t have connections,” Duterte said.

AstraZeneca is one of the seven vaccine manufacturers the Philippines is in talks with for supply deals, which are on top of the millions of doses its expects to receive via the COVAX facility. 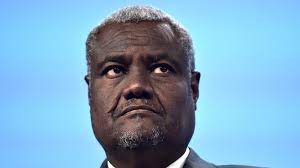