In the pre-recorded video, RuPaul was all glammed up for a photo shoot when he decided it was time to let someone else bask in the spotlight.

For some reason, the unenthusiastic Chad — who was in the room where the photo shoot took place — caught RuPaul’s eye.

“There’s something dynamic about you, boy,” RuPaul told Chad, to which the younger man replied, “OK,” then tried on a gown, heels and makeup at RuPaul’s direction.

“There’s a queen inside of you, Chad, all she needs is a crown,” RuPaul said, challenging him to “lip sync for your life.”

“OK,” Chad said, taking the stage, making little attempt to dazzle before walking off and falling into a food table.

“Do you want to be the greatest drag queen in the world?” RuPaul asked Chad.

“Then turn and walk away.” his mentor instructed. 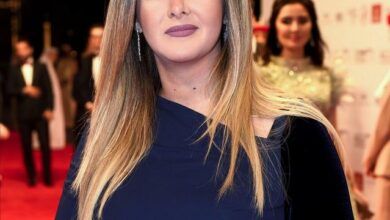 Donia Samir Ghanem: A Child Needs To Be Rescued!!!

Shocking Health Update on Rawan Bin Hussain: She’s been on a Wheelchair for 3 Weeks (Video)