Israeli forces searched for assailants on Friday who carried out an axe and knife attack near Tel Aviv that killed three Israelis before they fled in a vehicle.

Police said they were hunting for two suspects, 19 and 20 years old, from the town of Jenin in the occupied West Bank. Several perpetrators of recent attacks have come from in or around Jenin, and Israeli forces have launched raids that have ignited gun battles there.

According to witnesses, two men leapt from a car swinging axes at passers-by, killing three and wounding four, one critically. Police asked the public to provide information on the suspects after publishing their pictures and names.

“We will get our hands on the terrorists and their supportive environment, and they will pay the price,” Israeli Prime Minister Naftali Bennett said after meeting senior officials late Thursday.

Medics described a horrific scene in Elad, an ultra-Orthodox town near Tel Aviv.

Alon Rizkan of the Magen David Adom emergency response service said the “scene of the attack was complex”, adding he had seen a 40-year-old man lying dead near a roundabout, another man unconscious at an adjoining park, and a wounded man next to him. Both later died of their injuries.

The stabbing on Thursday, Israel’s Independence Day, was the latest in a series of deadly assaults inside the country in recent weeks – the worst violence Israel has seen in years. It came as Israeli-Palestinian tensions were already heightened by violence and repeated incursions by Israeli forces at the Al-Aqsa Mosque compound.

Palestinian President Mahmoud Abbas, whose government administers autonomous zones in the Israeli-occupied West Bank and cooperates with Israel on security, condemned the attack.

Defence Minister Benny Gantz announced a closure of the occupied West Bank – in place for the anniversary – would remain in force through Sunday.For Palestinians, the anniversary of Israel’s 1948 declaration of independence marks the Nakba, or “catastrophe”, when more than 700,000 fled or were expelled during the war surrounding Israel’s creation.

The Palestinian group Hamas, which rules the Gaza Strip, praised Thursday’s attack and linked it to violence at the Jerusalem holy site. 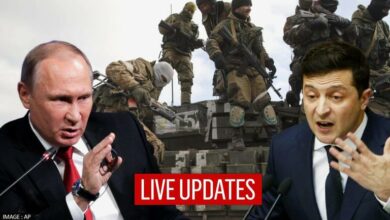