The speaker of Libya’s eastern-based parliament has labelled Turkey’s offer to deploy troops to the war-wracked country as “unacceptable,” saying such a move would amount to unwanted meddling in the internal affairs of a sovereign state.

At a joint news conference with his Cypriot counterpart on Saturday, Aguila Saleh of the House of Representative (HoR) said Turkey’s actions were ratcheting up tensions and destabilising the wider region.

Saleh and Cypriot parliamentary speaker Demetris Syllouris also reiterated their condemnation of a maritime border agreement that Turkey signed with Libya’s Tripoli-based Government of National Accord (GNA) – which has not been ratified, as necessary, by the Libyan parliament – as a “flagrant violation of international law that’s devoid of any legal basis”.

Libya has been in turmoil since 2011 when a NATO-backed uprising toppled longtime ruler Muammar Gaddafi.

The country has been split into rival eastern and western administrations since 2014, with the UN-recognised GNA currently controlling Tripoli, situated in northwestern Libya, and a parallel administration holding the east of the oil-rich country, supported by renegade military commander Khalifa Haftar’s self-styled Libyan National Army (LNA).

Since early April, Haftar has waged a military campaign against the GNA, which he accuses of harbouring “terrorist elements” but the offensive has so far failed to break through the Tripoli government’s defences. 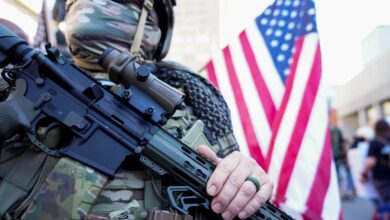