Daycare owners and parents welcomed a recent comment by Minister of State for Media Affairs Amjad Adaileh stating that the government is “flexible” about the idea of opening nurseries soon.

On Saturday, Adaileh appeared on one of the main TV stations to talk about the latest government procedures and situation regarding the COVID-19 in the Kingdom, and towards the end he stated that “the government will work in a flexible manner with the [opening of] nurseries and there will be decisions about it”.

“I’m hopeful that the government will take the right decision and open the daycare centres soon because we have no place to put our children at when we go to work,” said Saba Yassin, a mother of two boys.

Yassin said that she is a manager at an NGO that is “supporting my situation so far by being flexible about my working hours”.

“I need to be physically present at work on a daily basis to supervise my staff,” she stressed.

Yassin added that closing daycare centres by the government to prevent the spread of COVID-19 “is not an efficient or practical step”.

“When we go back to work, we might get infected by the virus and end up transferring it to our children, so closing daycare centres will not solve the problem for anyone,” Yassin added.

Samer Bouri, a father of two daughters, also told The Jordan Times that he was hopeful the government will issue an order to reopen nurseries.

“The government wants us to go to work but where will we put our children? It is very costly to get special caregivers for our children,” Bouri said.

Bouri added that many entities have decreased the salaries of their employees, which added more financial burdens to the already existing ones.

“The government opened all the sectors but did not allow daycare centres to operate. On the other hand, people are able to go to their jobs and shops, where they can get the virus so I do not see any reason why the daycare centres cannot open under strict health conditions,” Bouri added.

Karma Khalidi, owner of a nursery, said she is hopeful that a decision to open the sector will soon be issued by the government, since “I feel that this entire industry was not addressed properly by the government”.

“I hope we will be able to open soon with very strict health and safety procedures and to be properly organised for the safety of the children,” Khalidi told The Jordan Times.

Meanwhile, SADAQA organisation member May Mansour said: “Our efforts to exert pressure within our constituency on the government succeeded.”

“We organised three discussions on ‘the voices of women platform’ and invited decision makers to engage in a discussion with women workers, produced at least four position papers and conducted a listening campaign to identify exactly the needs of the care sector and the challenges facing working families,” Mansour said.

Mansour told The Jordan Times that “our voices were heard also because we launched a social media campaign that was led by activists, the mothers and fathers, daycare managers and caregivers”. Is French The Language of Love? Ivanka Trump enjoys a day to the Giza pyramids

Spider-Man Greeted by Pope Francis at the Vatican 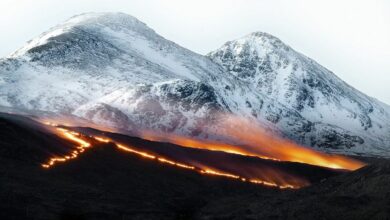