Low on shots and overwhelmed by the coronavirus, a country with one of the highest Covid-19 death rates is taking a novel approach to fighting vaccine corruption: publishing the name of everyone who gets a shot.

For those who want to know if a friend, neighbor or member of Paraguay’s political elite are among the 400,000-some people with an inoculation, the answer is just a few clicks away on the Health Ministry’s website. There a public database lists the person’s name, place of vaccination, type of vaccine and number of doses. Scroll through and you’ll see ex-President Fernando Lugo got his first shot of Sputnik V on May 19 and Carlitos Vera, a well known Paraguayan comedian, received the Covaxin jab.

“It’s a tool for citizen oversight,” Lida Sosa, a deputy health minister, said in an interview. “There were people who looked at the list and reported individuals who got vaccinated who” weren’t eligible.

Paraguay’s degree of disclosure would be banned in many countries with stricter health-privacy laws. But with only enough shots to fully vaccine 7% of the population and a culture of deeply entrenched corruption — Paraguay ranked second-worst in South America in Transparency International’s 2020 corruption perceptions index — there are widespread concerns about people seeking to skip to the head of the line. So-called VIP vaccination scandals involving senior government officials and politicians who used their influence to surreptitiously get shots have roiled Argentina, Peru, Lebanon, Spain and the Philippines.4

In Paraguay, people who receive vaccinations can request to not be included on the public list, but so far no one has asked to be anonymous, according to Sosa.

Ireland to give COVID-19 vaccine booster shot to over-80s How Does The Social Media Serve Healthcare?

Indians step up to the plate to cook for COVID patients, families 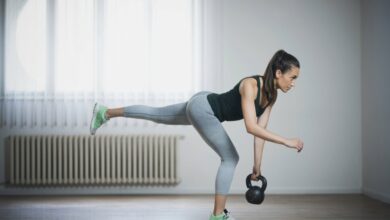 Every Runner’s Strength Routine Should Include Single-Leg Exercises

Superfoods are Hiding in Your Fridge