COVID-19 infections are surging in the Americas with some nations’ intensive care unit (ICU) beds near 100 percent occupancy and the region facing new variants and an insufficient supply of vaccines.

During a weekly news briefing on Wednesday, Pan American Health Organization (PAHO) Director Carissa Etienne said the surge in infections and widespread deaths – 40 percent of the world’s COVID deaths reported last week were in the Americas – are putting immense pressure on health systems.“Across our region, nearly 80 percent of our intensive care unit beds are filled with COVID patients and the numbers are even more dire in some places,” Etienne said during the virtual briefing.

Etienne said in Chile and Peru, 95 percent of ICU beds are occupied. In Argentina’s capital Buenos Aires, 96 percent of ICUs are in use and some areas in Brazil have “waiting lists for ICU beds”.

Colombian Minister of Health Fernando Ruiz on Wednesday said ICU occupancy in the capital, Bogota, is approaching 100 percent, with nearly 500 patients needing to be admitted.Etienne said that in the past week, the Americas reported more than 1.2 million new coronavirus cases and nearly 34,000 deaths.

“This is a clear sign that transmission is far from being controlled in our region,” she said.

The surges come amid an insufficient supply of vaccines, PAHO officials said, and the spread of the highly transmissible B.1.617 variant found in India, which has been detected in six countries of the Americas. Qatar to receive first batch of COVID-19 vaccine on Monday 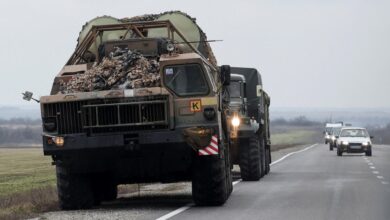