Hundreds of people gathered in Bethlehem to celebrate Christmas in the city believed to be holy by Christians, Muslims and Jews alike.

The celebrations began on Tuesday, with the Church of Nativity hosting Palestinian dignitaries and pilgrims for a midnight Mass in the town believed to be the birthplace of Jesus.

Uniformed scouts from different Christian denominations accompanied the Latin Patriarch of Jerusalem Pierbattista Pizzaballa as he walked to the Church of the Nativity on Wednesday, only stopping to greet the crowd of people awaiting his arrival.

Pierbattista Pizzaballa, apostolic administrator of the Latin Patriarchate of Jerusalem, kisses the head of an elderly Palestinian man in the biblical West Bank city of Bethlehem. (AFP) 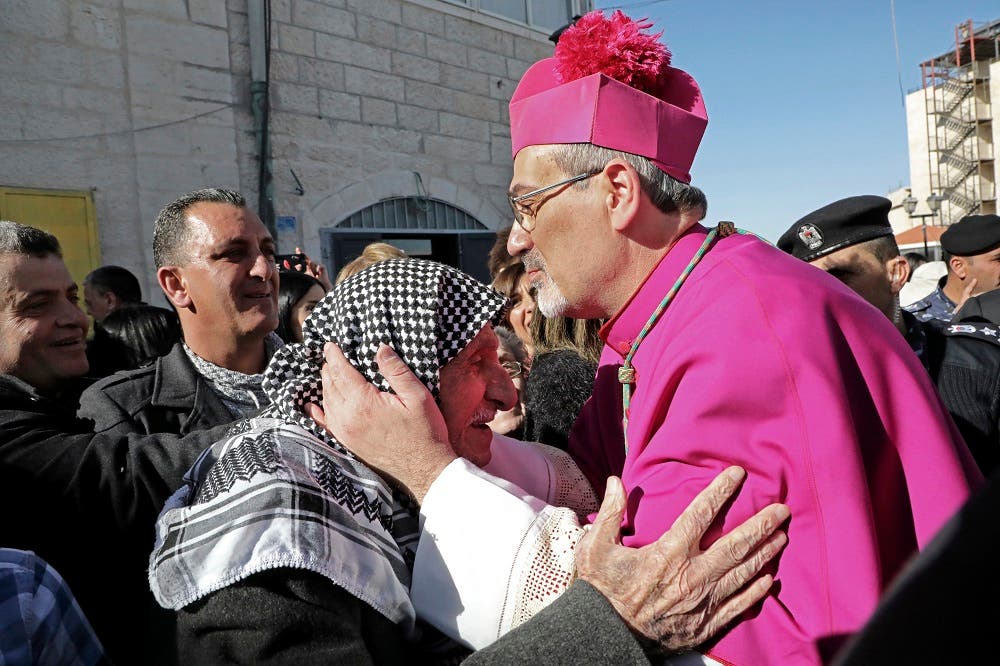 Saher Kawas, a Palestinian Christian from Bethlehem said the Christmas parade was an annual tradition that many looked forward to seeing every holiday season.

“This Christmas procession is one of many anticipated events in the Holy Land, that gathers not only Catholics but Christians from all denominations,” Kawas said.

Dressed in their holiday best, residents and visitors alike gathered in the city’s streets to watch the parade and sing along to carols played by the scouts’ marching band, Kawas said.

Palestinian scouts perform during a parade at the Manger Square outside the Church of the Nativity in the biblical West Bank city of Bethlehem. (AFP) 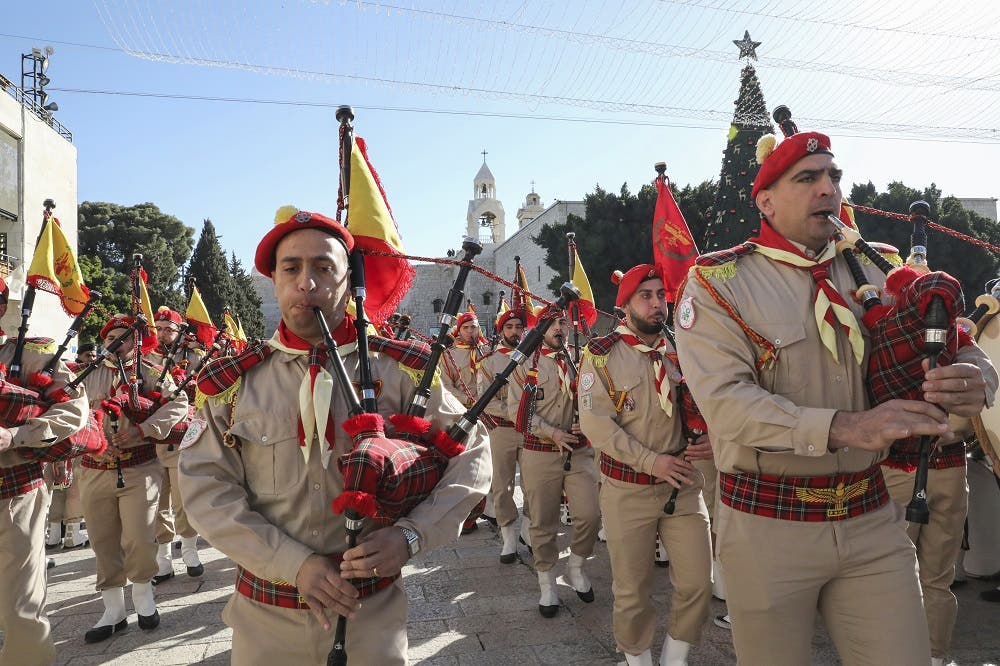 Palestinian Christians celebrate the lighting of a Christmas tree outside the Church of the Nativity, traditionally believed by Christians to be the birthplace of Jesus Christ in the West Bank city of Bethlehem. (AP) 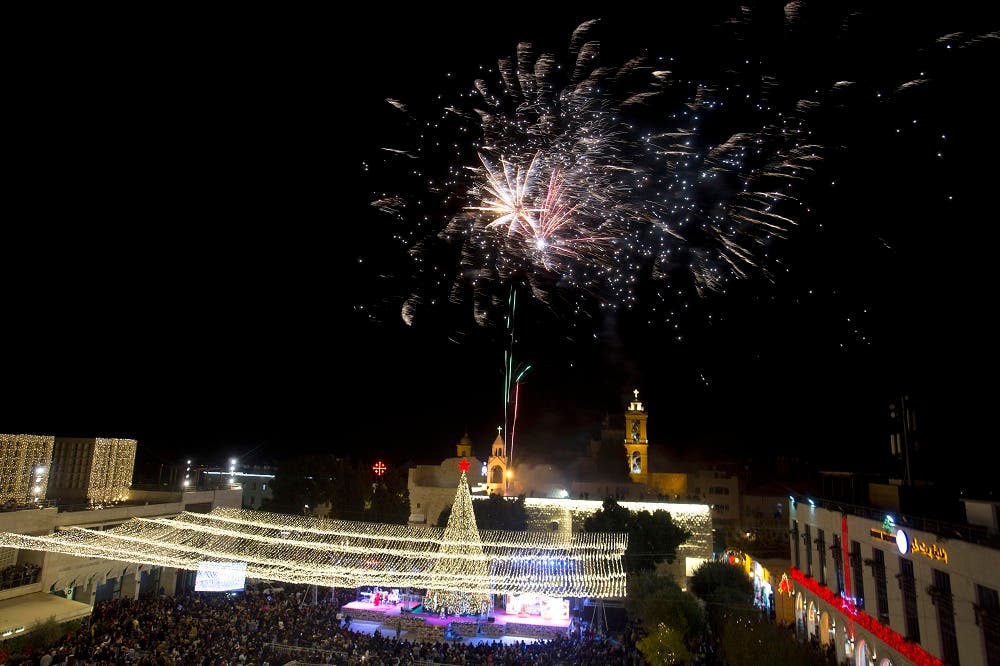 According to Kawas, on Christmas day, Palestinian families often visit ‘The Shepherds Fields’ church, where a fire is lit, and the story of Christmas is told.

Kawas said that a tradition among these families is to visit relatives and hand out Ma’amoul –cookies made from semolina and are filled with either dates or pistachio.

Israel on Sunday reversed a ban preventing Palestinian Christians in the Gaza Strip from visiting Bethlehem and Jerusalem. Movement out of the Gaza Strip is tightly restricted with Israeli authorities often refusing to issue entry permits to Palestinians leaving the territory.

Israel’s military liaison office, known as COGAT, on Sunday announced on Twitter that its director has “extended the travel facilitations for the Christian population of Gaza for the Christmas holiday.”

However, Kawas told Al Arabiya that permits are often only granted to a small number of people who apply for them.

Christmas festivities are important for Christians in Palestine, Kawas said, “especially during periods of wars, conflict and unrest.”

“[The holidays are] the time in which we wait and prepare to receive the Prince of Peace. For me, [Christmas] is a reminder that there is no peace without justice and there is no justice without peace. But to have peace and justice, we need to work on them,” he added.