Two Palestinian men accused of assaulting Israeli police will not be charged after video evidence showed that they had actually been the ones attacked.

One of the victims, 56-year-old Mohammad Abu al-Hommos, a political activist in occupied East Jerusalem, said 30the prosecution had closed the investigation earlier in August, although the details of the case are only now being reported by the Israeli media.

“We were surprised three months ago when they charged us,” Abu al-Hommos told Al Jazeera. “We responded within the 30-day period permitted. They were surprised when our lawyer referred to the videos proving that we were the ones who were attacked by the police, and they dropped the charges.”

Footage from the night of the incident in November 2019 showed that the two men had been heavily beaten by police during an Israeli raid on their neighbourhood, al-Issawiya, in occupied East Jerusalem.

The video shows that Abu al-Hommos and his nephew, 36-year-old Adam Masri, had asked police officers not to park in their private parking space, but were then attacked by the officers.

“We had a family celebration that night – there were many of my relatives in the area. I was filming the raid with a group of foreign and Jewish journalists,” said Abu al-Hommos.

“As soon as we told them not to park there, they began assaulting us. They arrested Adam who had marks all over his face, and another nephew of mine, and later released them. We filed complaints to authorities but to no avail,” he continued.

Masri lost consciousness during the assault, while Abu al-Hommos was hospitalised, the latter said.

The prosecution had prepared a draft indictment without viewing the videos or factoring in the testimonies provided by officers involved in the incident, which contradicted the official police report, the Israeli daily Haaretz reported on Sunday.

After potential police misconduct was raised early on in the trial proceedings, the judges handling the hearings ordered the case to be brought to the attention of the Ministry of Justice’s police misconduct unit, said Haaretz. The case against the officers was closed for insufficient evidence.

Israeli authorities only reviewed the video evidence after the lawyers for the two men sent a letter pointing out the contradictions between the video and the allegations in the charge sheet.

The draft indictment against the two men said that they had attacked the police officers and prevented them from blocking the road, going as far as saying that the men had beaten and bitten the officers.

The footage clearly showed that it was the Palestinian men who had been attacked. 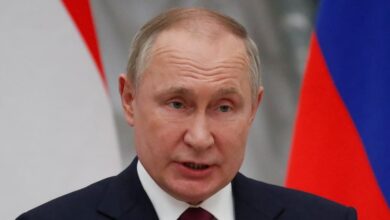