A Palestinian teenager has died of his injuries after being beaten by Israeli forces near the town of Turmus-Ayya northeast of Ramallah, according to several Palestinian news outlets.

The Palestinian health ministry said that Amer Abedalrahim Snobar arrived at the hospital after being “severely beaten on the neck”.

Ahmed al-Bitawi, director of the Palestine Medical Complex, confirmed to Palestinian news outlets on Sunday morning that Snobar died as a result of injuries sustained from an attack by Israeli forces.

“There were visible signs of beatings on Snobar’s neck,” Bitawi said.

The medical centre reported that the injuries to Snobar’s neck were consistent with being beaten with the butts of Israeli soldiers’ rifles.

In a statement, the Palestine Liberation Organization (PLO) accused Israeli troops of “a monstrous act of brutality against a defenceless young man whose only crime was being Palestinian”.

Senior PLO official Hanan Ashrawi said in the statement that Sanouber had been “bludgeoned” by Israeli troops.

Snobar hailed from the village of Yatma, south of the occupied West Bank city of Nablus.

Members of a medical NGO team told local Palestinian news outlets they tried to perform cardiac resuscitation on Snobar before transferring him to the medical centre.

Israel’s army said troops responded to an incident north of Ramallah after rocks were hurled at an army vehicle.

Troops “in the area were dispatched to the scene and searched the area for assailants” the army statement said. Netanyahu: Unprecedented Iran protests have led to US ‘rethinking’ of nuclear deal 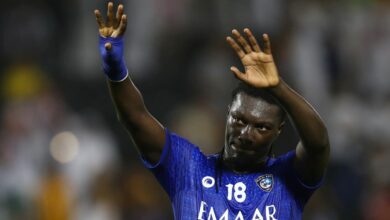