The world came crashing down on the hurly-burly collage going Palestinian girls when Israeli troops raided their homes past midnight near Ramallah.

They were handcuffed and blindfolded in front of their family members before bundled into the security vehicles.

Samah Jaradat, 22, was taken to prison just three days after graduating from Birziet University in West Bank. Just nine days earlier, her college friend Mays Abu Gosh was picked up from her home and taken to the Moskobiyeh interrogation center.

They were accused of participating in the activities of the student union at the university.

In the wee hours, Jaradat was pulled out from her home and taken to a military facility.

“The army took me to an unknown location, which made me disoriented. After many harmful actions the interrogators told me that I am in the Moskobiyeh interrogation center,” said Jaradat, while describing the moments of her arrest on Sept. 7, 2019.

Speaking to Anadolu Agency, Jaradat said that her friend Abu Gosh, who was arrested from Qalandia camp near Ramallah still bears the torture marks on her body.

“They chained her with a small chair with legs together, arms extended overhead, belly button pulled in toward the spine. I heard her screams many times. They were aiming at to intimidate me by this” she added.

Jaradat was sentenced to nine months of imprisonment. She was released on June 4. Abu Gosh was handed over a sentence of 16 months. She is still in Damon Jail near Haifa spending her sentence period.

Recalling her days in Moskobiyeh interrogation center, Jaradat said she was lodged in a small cell with dark grey rough concrete, without any windows.

“The lights were kept switched on round the clock. The food was very poor, and the interrogators did not allow me to have a shower,” she said.

The stinky and underground cell

The only furniture in the cell was a dirty dark brown mattress without a cover or a pillow.

“The toilet and bathroom were inside the cell. The contaminated water used to flood the whole cell, making it stinky” said Jaradat.

“They threatened that I would stay in the cells forever. I was listening to the screaming of my friends who were being subjected to physical torture. They were slapped, beaten and their heads were slamming against the walls by the interrogators.” she said.

Jaradat said she felt like in a grave. The cells were underground, completely isolated with no people around.

“The advocates and humane organizations were not allowed to visit me throughout this period. I appeared before the court several times without legal representation” she said.

According to the Commission of Detainees and Ex-detainees’ Affairs, 42 Palestinian women are in the Israeli jails, three of them are in the Moskobiyeh interrogation center and are subjected to harsh interrogation and solitary confinement. Have You Met Tokyo’s Olympic Mascots Miraitowa and Someity? 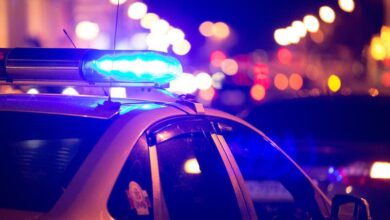 Time Magazine Names Biden-Harris Its ‘Person of The Year’