A Palestinian was shot dead by Israeli forces during a clash Saturday in a West Bank town neighboring annexed east Jerusalem, sources on both sides said.

Israel’s border police said that during an operation in Al-Eizariya “a riot erupted” and its forces responded with fire toward a suspect attempting to throw a Molotov cocktail at them.

The Palestinian health ministry identified the dead man as Fayez Damdum, 18, and said he was killed by a gunshot to his neck.

The border police said that during the clash “stones and explosive devices were thrown at the forces, who responded with riot dispersal means.”

Israel has launched hundreds of operations in the occupied West Bank since March in pursuit of alleged militants who had carried out or planned attacks on Israelis.

The raids, many in the northern West Bank, have sparked clashes that have killed dozens of Palestinians, including fighters.

On Thursday, a seven-year-old Palestinian boy died, possibly after falling off a building, as soldiers were carrying out arrests of stone-throwing youths in Tuqu, a village near Bethlehem.

The US State Department said on Friday it supported “a thorough and immediate investigation into the circumstances” of the boy’s death.

Israel has occupied the West Bank since the Six-Day War of 1967. 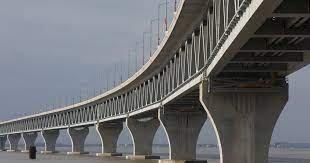