“He was not taken for regular medical checkups and not given appropriate treatment during his years in detention,” Amina al-Taweel of the Palestinian Prisoners Center for Studies told Al Jazeera.

“His operation was postponed until his health condition was desperate and there was no longer a possibility of treating him,” said Taweel.

Palestinian prisoner Sami Umour, 39, died in Israeli custody at Soroka Hospital in the Naqab on Thursday.

“He did not undergo the operation he was supposed to have a long time ago for his condition,” said Najjar.

He said prison authorities kept delaying Umour’s medical checkups and operation under the pretext of COVID-19 restrictions despite repeated calls by him and other prisoners to treat him. His family had also placed a request with the International Committee of the Red Cross to monitor his situation.

“He was unconscious in his cell before authorities transferred him to hospital,” said Najjar. “In the last period, he couldn’t hold a cup in his hand, he couldn’t walk and was very tired.”

Umour hailed from Deir al-Balah in the occupied Gaza Strip, and was sentenced to 19 years in prison. He was banned from family visits during the majority of the 13 years he spent behind bars, except for three meetings with his mother at the start of his detention, according to al-Taweel.

“There was continuous medical negligence towards him,” said Najjar, adding Israeli authorities “conducted the operation without his family knowing, or the presence of any family member with him”.

“Enough of this painful international silence, which we pay for every day in the lives of our heroes in occupation prisons. It is unacceptable that international politics continue to favour Israel and ignore its crimes,” said Abu Bakr in a statement.

“As long as there is no accountability for the leaders of the occupation, the curve of Israeli crimes will continue to be on the rise.”

PPS said medical negligence “constitutes the most prominent systematic policy that has caused the death of prisoners in the past few years”. Since Israel’s occupation of the West Bank and Gaza Strip in 1967, 72 Palestinian prisoners have died from medical negligence in Israeli prisons, according to PPS.

Al-Taweel, of the Prisoners’ Study Center, told Al Jazeera that Israeli prison authorities regularly delay urgent surgeries for Palestinian prisoners by years and only conduct them after pressure from the prisoners themselves and their families, including some by going on hunger strike.

“The Palestinian prisoner does not get the right treatment in prison. There are no specialised doctors, except dentists, to oversee their conditions in prison clinics. They usually get pain relief medicine, but the health problem is not treated from the roots,” said al-Taweel.

She explained while there is specialised treatment for some cases, “the majority suffer from medical negligence”.

“In some cases, the cancer spreads widely in their bodies before they do a surgery. Some prisoners have asked to be treated at their own expense, including for medicine or to see private doctors – but prison authorities refuse”.

In September, former Palestinian prisoner Hussein Masalmah died seven months after being released from Israeli prisons. Masalmah had complained of severe abdominal pain while being held in Israel’s southern Naqab prison for two months before prison authorities transferred him to Soroka Hospital, where he was diagnosed with an advanced stage of leukaemia before being released, according to prisoner groups.

In November last year, prisoner Kamal Abu Waer, arrested in 2003 and serving a life sentence, died after being diagnosed with cancer a year prior.

According to the Palestinian Authority, more than 500 male and female Palestinian prisoners in Israeli jails suffer from illnesses, including dozens with cancer.

Most Palestinians view detainees in Israeli prisons as political prisoners who are in detention because of the Israeli military occupation or their resistance to it. 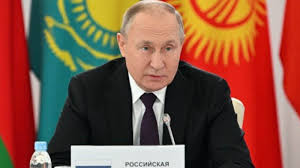