Palestinian Foreign Minister Riyad al-Maliki has criticised countries that moved to normalise relations with Israel last year, as violence escalates between the Palestinians and Israeli forces.

“Normalisation and running towards this colonial Israeli system without achieving peace and ending the Israeli occupation of Arab and Palestinian lands represents support for the apartheid regime and participation in its crimes,” Maliki told an emergency meeting of foreign ministers of the Organisation of Islamic Cooperation on Sunday.

“This colonial occupation must be confronted, dismantled, ended, and banned. The recently accelerated normalisation will not have an impact on the sentiments of the Arab world or change their assessment.”

Since violence flared on Monday, at least 192 Palestinians in the Gaza Strip have been killed, including 58 children. More than 1,200 others have been wounded. In the occupied West Bank, Israeli forces have killed at least 13 Palestinians.

Israel has reported 10 dead, including two children, from the thousands of missiles fired from Gaza by Hamas and other Palestinian groups, many of which were intercepted by Israel’s Iron Dome air defence system.

There has also been widespread violence across Israel between Israeli Jews and Palestinian citizens of Israel amid the escalation.

This has put Arab countries that have normalised ties with Israel – Sudan, Morocco, the United Arab Emirates and Bahrain – in a particularly embarrassing position, having premised their peace accord with Tel Aviv on the notion that normalised relations would serve in the interest of the Palestinian cause.

China refused to give raw COVID data to WHO, team member says 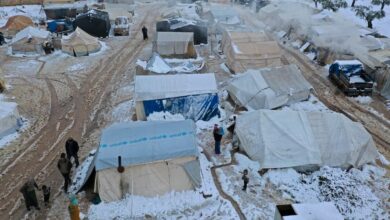