A Palestinian family pledged on Monday to appeal an Israeli court order to evict them from their home in a mainly-Palestinian east Jerusalem neighborhood in a case lodged by a settler organization.

The Israeli anti-settlement NGO Peace Now said a Jerusalem magistrates court ruled on Sunday in favor of evicting the Rajabi family from their home in the Silwan neighborhood following a lawsuit filed by members of the pro-settlement Ateret Cohanim organization.

“There is no other home for me and my family to go to,” said Nasser al-Rajabi, adding that the youngest member of the family is 18 months old.

“We reject this decision,” he said.

The family has lived in the building since 1975, he added, arguing they are “victims of a political game by the Israeli courts and the settler organizations.”

The family’s lawyer, Mohammed Dahla, said they would file an appeal.

Israel occupied east Jerusalem in the 1967 Six-Day War and later annexed it in a move never recognized by the international community.

Israel considers all Jerusalem its undivided capital but the Palestinians see the eastern part as the capital of their future state.

Under a decades-old Israeli law, if Jews can prove their families owned property in east Jerusalem before the 1948 war that led to the creation of Israel, they can demand that Israel’s general custodian office release the property and return their “ownership rights.”

During the war, thousands of Jews fled Jerusalem as Jordanian-led Arab forces seized the city, while hundreds of thousands of Palestinians fled from land that was later to become Israel.

No such law exists for Palestinians who lost their land.

Peace Now said the family was one of around 100 families threatened by eviction lawsuits filed by Ateret Cohanim, in total putting around 700 people at risk of eviction.

It said the eviction notices were an “attempt to displace a Palestinian community and to replace it with an Israeli one, in the heart of a Palestinian neighborhood in East Jerusalem.” 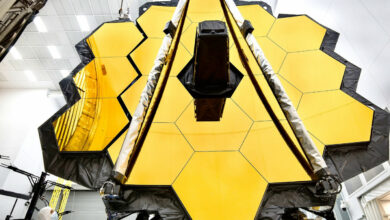